Whose Side Are You On, Anyway? 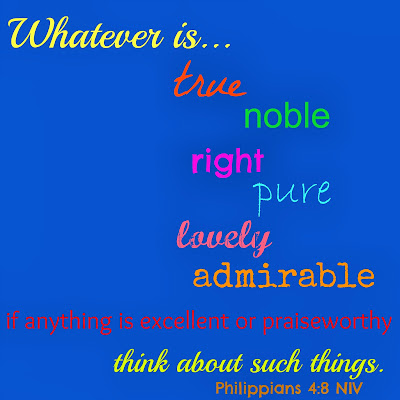 I am NOT a movie-watcher. A book reader, a music listener, and a TV show lover, yes, but movies, not so much. I am, by nature, a pretty deep thinker. I don't say that as  a positive or negative, just a statement of fact. I think that's why I prefer TV. Over the course of a season, a show can develop a storyline. In about an hour and a half, a movie (unless it has sequels) has to do the same thing. And it usually isn't done well enough to make me happy.

But, I am married to a movie-watcher. Of all genres, types and themes. So, to make him happy, I occasionally allow myself to be coerced into watching a Redbox. Last night, he wanted to rent one. We searched for one that we could agree on, I insisted on  a comedy. Umm, I won't reveal what we rented, mostly because I don't want anyone to think that I am endorsing it, but it was *not* a comedy!

And not only that, but it reminded me why I don't watch movies. It had a relatively straightforward story: Guy is married. His wife cheats on him. He finds another girl (while still married), and starts a friendship. This girl, of course, really "gets" him. She is everything his wife is not: appreciative of his humor, honest, values him for himself, witty, pretty, keen, etc. Naturally, as the movie progresses, the intent is that you would root for this friendship to develop into a romantic relationship. You are "rewarded" when the guy sees how much this girl values him, and leaves his wife, who does not appropriately value him, and they live happily ever after, right?

But see, this is the problem. I am not satisfied by this scenario. My initial response was to root for the guy/female friend. Superficially, I like the chemistry, I want the guy to get the girl. Or vice versa. Or whatever. I like a happy ending. And in this film, the answer seems to be that the main character finds this great girl and they go off to "happily every after". But this contradicts what I believe. In that couples, who have covenanted in marriage, should strive to stay together no matter the obstacles. That infidelity can be overcome. That no matter how your spouse treated you, to develop romantic relationships with other people while married is also infidelity, even if not as blatant. And my mind chews on the problem without ceasing. And to think that Joel finds movie watching relaxing!

How can I watch a movie that goes against what I claim to be right and true, without sacrificing some of my values, whether intentionally or unintentionally? How can I root for this guy to throw away his marriage, just because something "better" comes along? Don't we see in real life all the time that this doesn't work anyway? You think that you deserve more, that this person, the one you are married to, doesn't understand you/love you/value you/treat you the way you ought to be treated. So you go looking for something better. But then the cycle is repeated all over once the novelty wears off. I know that this is not right.

But I try to convince myself, it's just fiction. It's just for enjoyment, just a meaningless distraction. But is it? Does it really focus my thinking on things that are beneficial? For me, the answer is "no". I'm not better-just different. I mull movies over and over in my mind ("The Green Mile" kept me awake for two nights straight-again, not recommending this particular film, just stating my experience, because I was so disturbed by the lack of true justice!) and in this case, my first thought was, "Well, I'm glad they got together in the end." But is it right to feel that way? Did he do the noble thing? Were they behaving in a pure manner? Are those admirable actions? I think we can agree, the answer is , "no".

So, I think that this movie gets a big fat "F" in the Philippians 4:8 department, because I was thinking on it, and it wasn't any of those things. Whose side am I on? The side of the wronged guy, the side of the unfaithful wife, the side of the sensitive girl "friend"? It makes me a little worried that instead of being sad that the guy left his wife, I am happy because he found "true" love. I know it's just a movie, but I still have to pick a side.Well, I hope you would say I am on the side of truth, the side of righteousness. God's side. But in this case am I?

I think we have a tendency to separate things out, to justify why we feel a certain way, but I am starting to realize that has to stop. I can't say that I am just watching mindlessly, because I'm not. I am "thinking about such things." And it will slowly, subtly, erode my judgement if I'm not careful. One day, I'm on the side of the fictional downtrodden guy in the movie, and I don't think it is too far of a stretch to extend it to a real life betrayed friend. I want to stay on the right side, and to do that, I think I'm going to have to be a lot more critical of what I watch-because it is too easy to find myself on the wrong side. I have to stop thinking that these things haven't taken a side. They most certainly have. So, it's time for me to take a side, too.

So, what do you think? Is it just me? Do you struggle with having movie "values" and real-life values? Are they on the same side? Please don't think that I am saying that you should never watch movies (I would have a fight on my hands with Joel if I said that!) but are we critical enough of what we watch? How does it really affect what we believe? Where do we draw the line? It's definitely something I am giving more thought to...

Contemplated by Clare at 9:52 PM