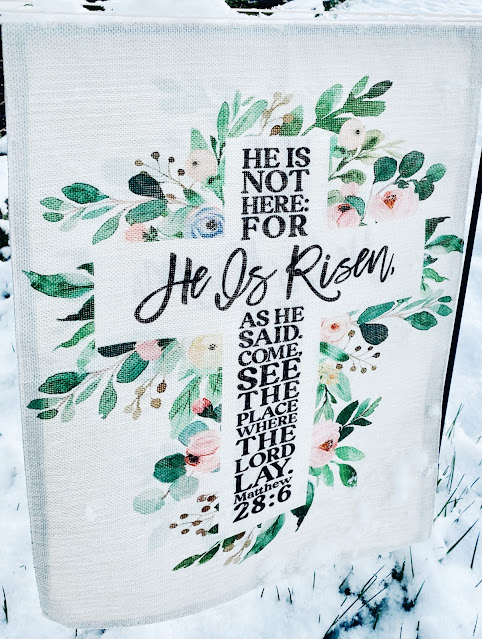 "...But they rested on the Sabbath in obedience to the commandment." Luke 23:56b

By nature I am a talker. Silence makes me uncomfortable. How can I know what you are thinking if you aren't speaking? How can you know what I am thinking if I'm not speaking? Anyone who has ever spent any great amount of time with me doesn't have to worry about that. I won't be quiet for long.

But there are times when even I do not speak. It doesn't happen often, although as I mature it seems to be increasing in frequency. I think perhaps it is a sign of wisdom. I am least prone to speak when I am angry-it is not a good sign if I stop talking in the middle of a fight. But I have also learned to limit my words when someone is grieving. I have begun to see that there are no words that I have that can make that right. At those times people usually just want someone to be with them, not offer empty platitudes or trite phrases of consolation. They don't need the sound of my voice, just to know they are not alone is enough.

"The Lord Himself goes before you and will be with you; He will never leave you nor forsake you. Do not be afraid; do not be discouraged." Deuteronomy 31:8

I like to think it holds the power of silence.

Sometimes when God doesn't seem to be saying anything He is speaking the loudest. Sometimes He is sitting with us in our grief. That verse is from the Old Testament. Well in advance of Jesus' death God had promised to be with His people. Jesus time in the tomb did not undo that promise.

"For the word of the LORD is right and true; He is faithful in all He does." Psalm 33:4

What happens in silence? We start to listen. We wait. We think of what we already know. When God does not seem to be moving we should start paying the closest of attention. There are times we have strayed from His immediate presence, to be sure. But I have found that in times of grief and loss, confusion and pain, we feel like God is not moving. And perhaps it is because He is sitting with us in our grief.

"The Lord is close to the brokenhearted and saves those who are crushed in spirit." Psalm 34:18

I cannot speak for those waiting women. But Scripture speaks for them. Look at it again:

"...But they rested on the Sabbath in obedience to the commandment." Luke 23:56b

The emphasis is mine, but every word of Scripture is true. In the dozens of English translations that word is rendered "rested" except in one (Darby) that says "remained quiet."

"There remains, then, a Sabbath-rest for the people of God; for anyone who enters God's rest also rests from his own work, just as God did from His." Hebrews 4:9-10

"When He had received the drink, Jesus said, "It is finished." With that, He bowed His head and gave up His spirit." John 19:30

And that is how we can rest in the stillness of whatever Saturday we may be currently going through. The end has already been written and it is glorious. The Word has already spoken and He is victorious. We can live on Saturday like it is already Sunday. We can walk in the same faith knowing He is risen even while He seems to be very silent, as still as the grave.

"The angel said to the women, 'Do not be afraid, for I know that you are looking for Jesus, who was crucified. He is not here; He has risen just as He said. Come and see the place where He lay." Matthew 28:5-6

He has already spoken. The Word became flesh and dwelt among us. (John 1:14) He is with us, He is for us, He has given us rest. So if this "Saturday" seems so silent you feel like you are going crazy, remember that rest is possible. If those women could have enough faith in the promises of God to rest while Jesus was in the tomb, you can find rest in Him here. He is using the silence to speak and it is saying:

"For no matter how many promises God has made, they are 'Yes' in Christ. And so through Him the 'Amen' is spoken by us to the glory of God." 2 Corinthians 1:20

Contemplated by Clare at 10:23 AM No comments:

To Carson, On Your 14th Birthday 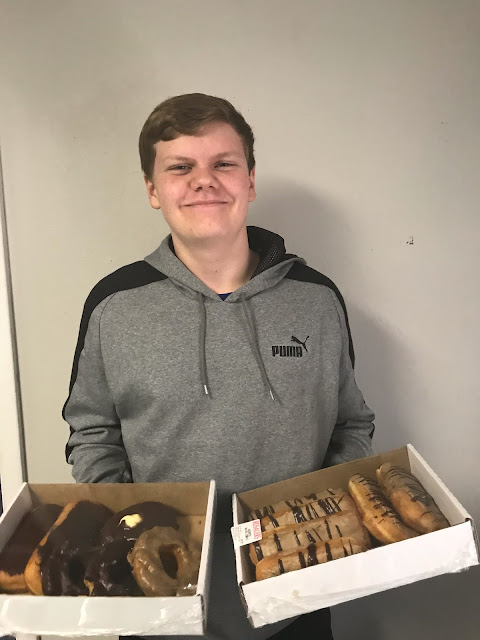 What a year it has been! I cannot believe how much you have grown over the last year, not just physically, but mentally and spiritually. You continue to show a sweet tenderness that is uncharacteristic of many men, young or old. You have a genuine love for people, especially little ones, and you work so hard to make people feel included.

I have seen so many great character strengths developing in you, and nowhere are they quite as apparent as during these last two seasons of basketball. We jumped into a new team in the fall, and neither of us what quite certain what to expect. At first you didn't think you had what it took-you were afraid you weren't strong enough or tough enough. You were so tired after practices. But I wouldn't let you quit and instead of complaining you threw yourself into the high school season-as an 8th grader! You started out by barely playing, and you never took a shot. But by the end of the season you scored several times and surprised even yourself by being a valuable member of the team. Neither one of us realized that the middle school season would be next, but you developed relationships with many new teammates and showed yourself to be a leader. Not because you thought of yourself as being worthy to be in charge, but because you showed yourself to be a teachable team player who was interested in everyone improving. You were a starter for most of the season-a tough one where you stayed humble and invested. You demonstrated a sportmanslike attitude and acquitted yourself  well with both teammates and coaches.

Not only were you a great basketball player, but you continued to love and serve your friends and family. Katy says that you and all the little boy cousins are "Carson and the Carsonettes". You are Harry's favorite, and whenever he is around you two are practically inseparable. You truly care for and take care of him. You are the best at putting him to sleep and he will jump out of other people's arms to get to you. Your relationship is so sweet.

And you always make me feel loved, too. You tell me I'm "the best mom ever" and I can't tell you what that means to me. You know when I am feeling down, and you really try to make me feel better. You don't mind spending time with me, and some of my favorite memories will always be chatting with you about the deep questions in life while driving to practice or a game. I love your inquisitiveness, and I never get tired of answering your questions. You love to share fun new facts with me that you have learned and I like to hear how you are expanding your worldview.

I love who you are. You are a godly young man that really understands that one of the very best ways to serve Christ is by loving people. You are always a welcome member of any group, and it is easy to see why. I am so glad that I get to be your mom. I hope 14 is an amazing year for you. I love you so much.

Larry (Your current nickname for me)

Contemplated by Clare at 9:58 PM No comments: