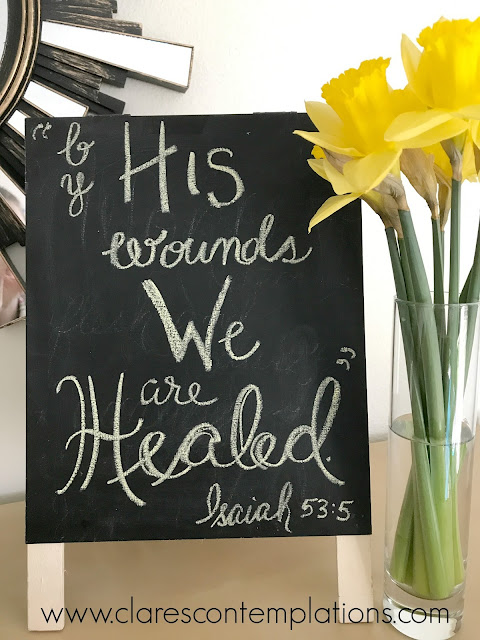 
HE IS RISEN! By His wounds we are healed... Thank You, Jesus.
Contemplated by Clare at 2:29 PM No comments: