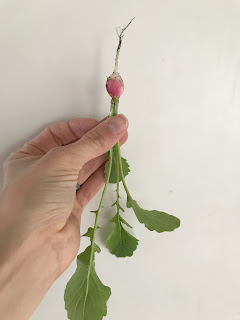 ...the more they stay the same. Except it doesn't really seem like that at all does it? Lately, more than ever, it seems like I finally get something "figured out". And then that ugly "c" word rears its head. And we are all up in the air again.

I. Don't. Like. Change. I am creature of habit, a lover of routine. I like the familiarity of continuity. But here is the cruddy, but oh-so-essential, lesson spring teaches us: growth absolutely requires change. A seed that stays a seed is useless. We actually call it dead. Because that is what it is. To live is to change.

And so while in the immature part of my heart I don't like it, I recognize its absolutely vitality to the human condition. If I am growing, I am changing. If I am changing, I am living. Seasons come and go, no two ever alike. Days go by, each containing similar elements but always different ones, too. Some good, some bad, some uncomfortable, some exciting, all part of the process.

This time of year is hard, perhaps because so many endings are so boldly proclaimed: graduations are a big 'ol celebration of over-ness. You're done, moving on. Changing, hopefully for the better, but you are literally not allowed to stay where you were. Kids are shedding grades like butterflies come out of their chrysalises, not fully fledged but ready for the next thing. Weddings, too, signal a big fat end: say goodbye to singleness, for better or worse. Programs are ending all over the place, shelved for the summer, and next year won't be quite the same.

I think these may seem like New Year's musings, but truly, if January is for beginnings, this time of year is for endings. But that's okay, because I only need one thing in my life to stay the same.

"Jesus Christ is the same, yesterday, today and forever." Hebrews 13:8

And I have to recognize: if I want to be more like Him, many more things will have to change then stay the same. So here is to bittersweet endings. And to growth, even with the change it brings.

Contemplated by Clare at 10:45 PM No comments: 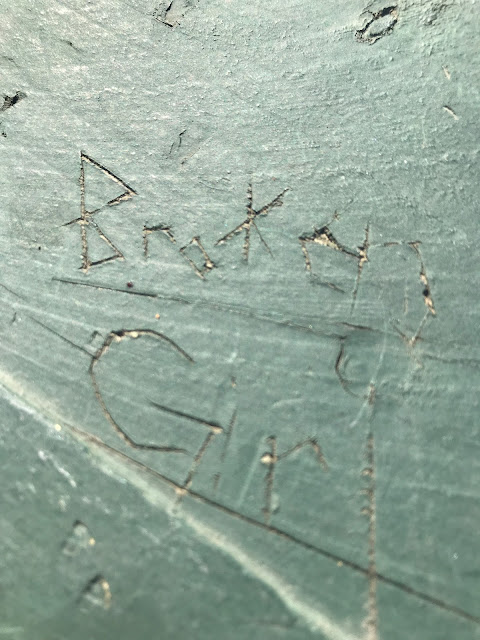 Dear Broken Girl,
I'm a reader. Not just books, but anything with words. My eyes are drawn to wherever there are letters, constantly trying to find meaning from the signs and shapes around me. Today, I sat at the park, the one right on the grounds of the middle school, and I pored over the graffiti-covered table, picking out all the "she loves him" messages and strange initial additions when I saw your message. All it said, in the handwriting of a child was, "Broken Girl."

I am fairly certain you are a middle-schooler. Frankly, that's a terrible age. I know it isn't comforting to hear that, but I was once a middle school girl, and I have one of my own now. She is bright and beautiful, just as I am sure you are. She is often a giant puddle of tears, too, a mess of emotions she isn't mature enough to manage, floundering in a saltwater sea she created. The hope in this is that it won't last forever. I don't know how old you were when you scratched this into the table, and whether it was in a fit of high drama, or just a small, sad sigh from a soul too old for its body.

Regardless of the reasoning, (other than the fact, that as a mother, and a law-abiding citizen, I do not encourage anyone to carve into public property) I wanted you to know that I saw your cry. And I have some things I want to say to you:

At one point or the other, sometimes at so many points that they all seem to connect together in an endless underline of pain, we are all broken. We aren't breaking, or bending, we are past tense, beyond repair. Sometimes the reasons are obvious: a boy, a bad grade, parents who don't understand. Sometimes they aren't even clear to us: just a black hovering mass of thwarted desires, misunderstood feelings and tangled emotions. Sometimes the things that break us are things that will soon be forgotten, but some inflict scars that last a lifetime: abuse, abject poverty, destroyed families, death. But we are all broken: in your case, some of us sooner than later.

And while I am sure you know that misery loves company, it is never quite satisfying in this case to know that you are not alone. "So what?!" you probably say in the ages-old refrain of teenagers everywhere. Who cares that we are all broken? It isn't the same. No one could understand my unique brand of suffering. No one has ever walked in my shoes.

And that would be the next thing I would say to you. You may be broken, but you don't have to stay that way. There is Someone who understands your pain, sees how it is as much a part of you as your DNA. How your very identity has become the things that have carved themselves into your heart, damaging you beyond even being able to hope for repair. He's the one who created that DNA-and He has engraved you someplace much more lasting than an ugly green picnic table.

"He heals the brokenhearted and binds up their wounds." Psalm 147:3 NIV

"[B]ut it has now been revealed through the appearing of our Savior, Jesus Christ, who has destroyed death  and has brought life and immortality to light through the Gospel." 2 Timothy 1:10 NIV

He can never forget you-He has a constant reminder of His love for you, right on His hands, where He bears the wounds that He received so that we could be healed.

""He himself bore our sins" in His body on the cross, so that we might die to sins and live for righteousness: "by His wounds you have been healed"." 1 Peter 2"24

What breaks us more than sin and shame? Our sin, the wrong things that we have done-you know what they are. They are the things that you want to shove down into the deepest, darkest places inside of you, but instead they throw you in that hole. And you remain there, suffocating under the guilt, trapped by burning shame. Perhaps some shame you didn't bring on yourself, perhaps some you did. But does it matter? All that is down in that hole is your grave.

And these might seem like things that a middle-schooler can't handle. But you have already handled more than you should. Isn't that part of what broke you in the first place? No one needs to tell you that life is cruel-you learned it before you could articulate what that even meant. You are grown up enough to recognize that things are wrong. But you will never be mature enough to make them right. Thankfully, you don't have to-Jesus came and did that for you.You may think your name is "Broken" but with Jesus it can be changed to "Child of God".

"See what great love the Father has lavished on us that we should be called children of God! And that is what we are!" 1 John 3:1a NIV

I got your wood carved message on a peeling picnic table bottle, cast into the waves of a school yard, in the center of a city that all seems bent on ignoring you, burying you and your cry for help under endless waves of life. I saw your plea, and I am sending back my own message: typed and tossed into the frail bottle of a tiny blog, hurled into the unmeasurable depths of the internet. And you may never see it. But I can promise you this: no matter how broken you are, pieces scattered from here to the sun, He sees you and He is calling you by your true name.

"Now this is what the Lord says-the One who created you....Do not fear, for I have redeemed you: I have called you by your name: YOU ARE MINE." Isaiah 43:1 (paraphrase, emphasis mine)

He sees. He knows. He heals. He repairs. He loves. And your true name is His.

Praying for you still-
Clare
Contemplated by Clare at 11:24 AM No comments: