Back to School Scripture Printables 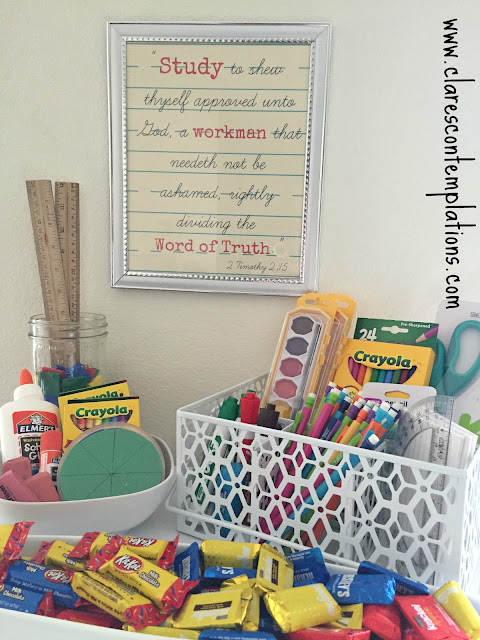 So, a few days ago on Facebook (You don't follow Clare's Contemplations on Facebook? Go do that now and come back! ) I promised some "Back to School" printable verses. Well, I am happy to say, you need wait no longer! I am really happy with the way these turned out. The 2 Timothy verse is *very* "school", so I decided that I would make the James verse a little more seasonally neutral.

I really wanted to celebrate the return to school aspect of September, so I pulled together a bunch of colorful school supplies I had around the house and paired them with colorful candy I found at Walmart. (It's actually "birthday" candy, you can find it in the card and gift wrap section, but the primary colors made it perfect for my theme!). I am really fond of using things I have around the house to put together different decor vignettes. It makes everything feel fresh, but doesn't cost much. Using candy is also fun, and because it's consumable I don't have to store it from year-to-year. An added bonus is that my husband loves having it around! 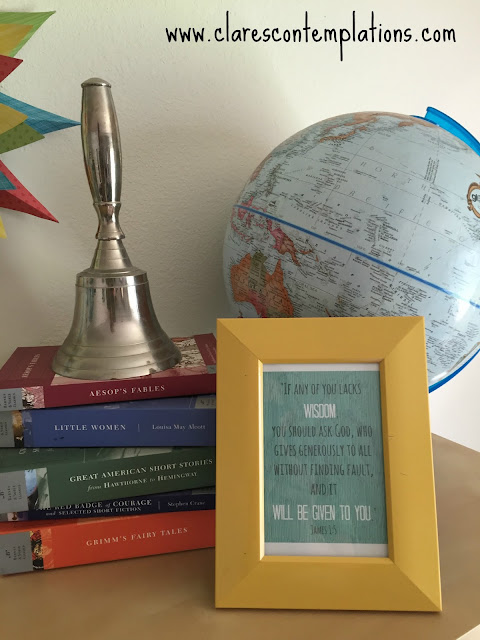 The James verse I put together with my globe and teacher's bell. I keep both these things displayed in my living room year-round, but putting them together with a stack of colorful classic books just makes it read "educational"!

I also have a fun wreath that I put together, but I will save that for a different post. Are you decorating for back to school? Or do you prefer just going with autumn decor? Either way, let me know if you find a place for these printables! You should be able to just right-click on the images to save to your computer (I suggest saving to "Pictures") and then print from your saved location. You should be able to adjust the sizes of the printables to your preferred size. However, be aware that they may not print exactly to size. The 2 Timothy verse printed perfectly at an 8x10 size, I just had to cut off the excess paper. The James verse I printed at a 4x6 size which left the margins at the top and the bottom, but I liked how it looked so I left it that way. 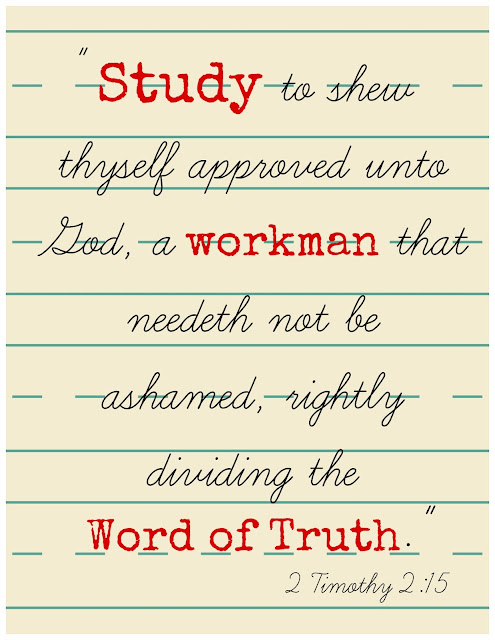 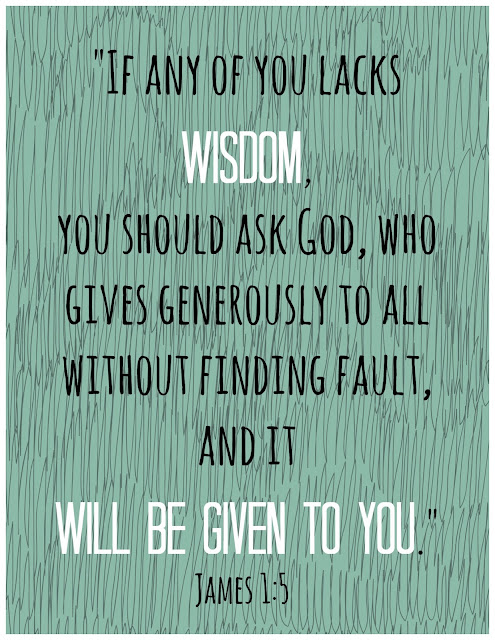 Contemplated by Clare at 6:25 PM No comments: 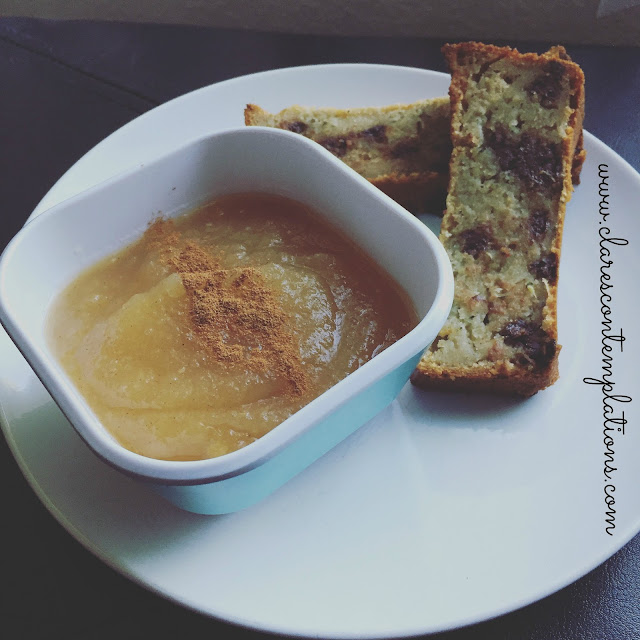 Contemplated by Clare at 10:59 PM No comments: