We started our Memorial Day weekend off on Friday. We visited the North Pole Theme Park. We took Josie right after Carson was born in May of 2008. I thought it would be fun to take them again. I love this park because it is not crowded, it is fairly cheap in the grand scheme of things ($13 per person) and it is really geared towards little kids. As a matter of fact, there was no rides that Carson couldn't go on-which he thought was terrific! 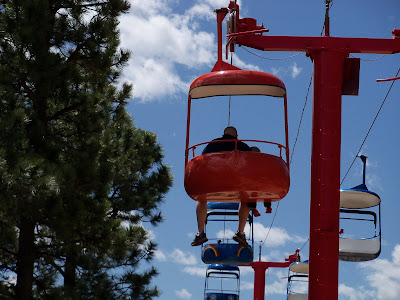 We started off on the Sky Ride. Because the park is at the base of Pikes Peak, there are some absolutely fabulous views. Joel ended up taking off Carson's crocs because Carson was afraid they were going to fall off! 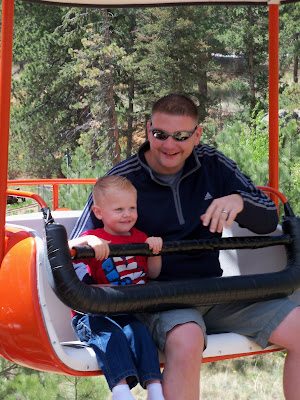 I got this really great shot of them coming around the turn. Josie and I were in the car right behind them. Carson was mostly grinning like that the whole day and running around saying, "Can I ride another one?" 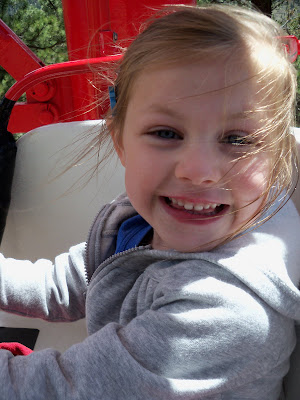 Jocelyn was my buddy. She was a little afraid of the heights, but I told her my trick for when I am afraid. I just sing. So she sang "Jesus Loves Me" and told me she felt much better. 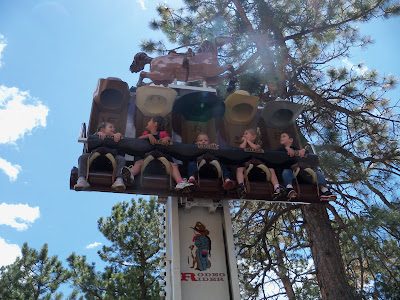 We also went on the Ferris Wheel, it is the world's highest. Not the tallest, but the highest altitude. It is funny, because it is actually pretty small. Then the kids went on the "Rodeo Rider". Jocelyn loved it, but Carson wasn't quite so sure about it. 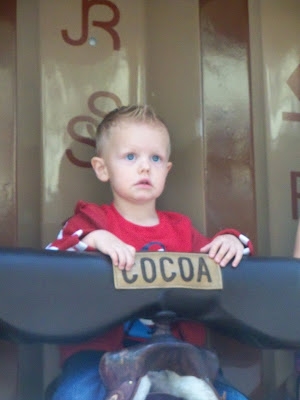 As you can see by his face! 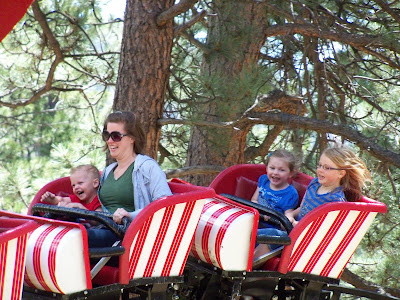 Far and away, the roller coaster was the biggest hit. It is really jerks you around, so Joel wouldn't ride it. Carson and I rode it three times and Josie went five times! Thekids were so adorable, they kept putting their hands in the air. It never goes any higher than about six feet off the ground, so it is not scary at all. This was Jocelyn's other favorite ride. She is sitting in a huge Christmas ornament that rotates around a giant Christmas tree. It is funny to me to see all the Christmas themed things in May! 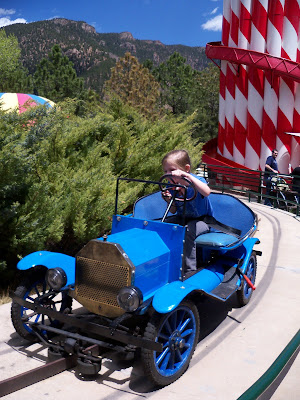 Josie loved being able to drive her own "antique" car. I just think it is so great that the park pretty much lets kids do everything on their own. There was only a handful of rides that she needed an adult. 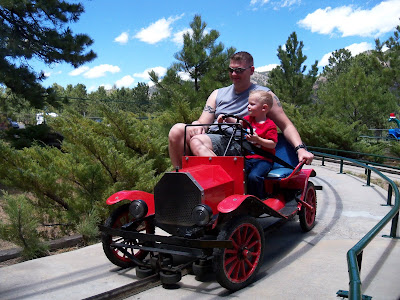 Joel and Carson cruising. Carson loved driving. And Joel said he did a pretty good job. 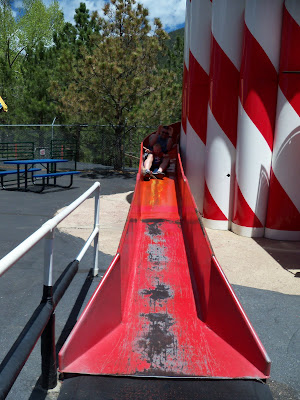 The "Big Slide". It goes so fast it is really hard to get a good photo. It takes far longer to climb to the top then to come down! 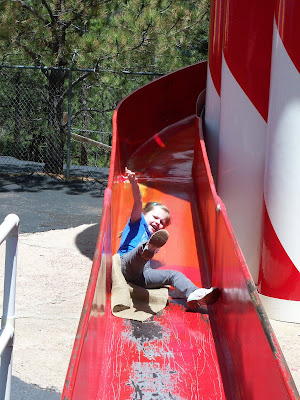 Josie got a little carried away! 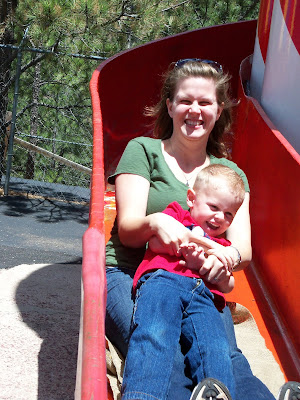 Joel and I switched off with Carson. We decided that trekking up all those stairs definitely constituted a work-out! 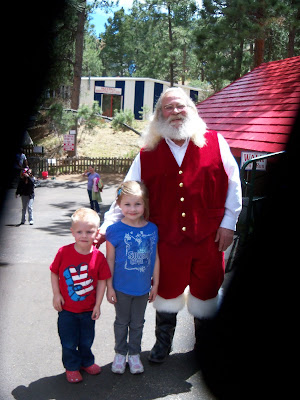 This is probably one of the only photos my kids will ever have with Santa Claus. We caught him walking through the park and Josie ran right up to him. We don't "do" Santa, but I don't have any problem with him. I have no idea why this photo has dark spots on the sides. It is like my lens cover didn't open all the way. 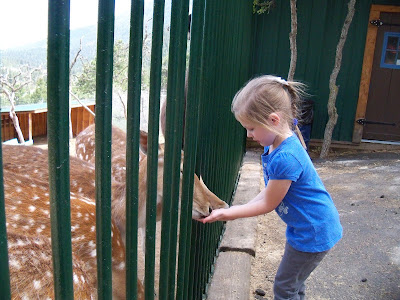 Josie feeding the deer. She was a real pro. 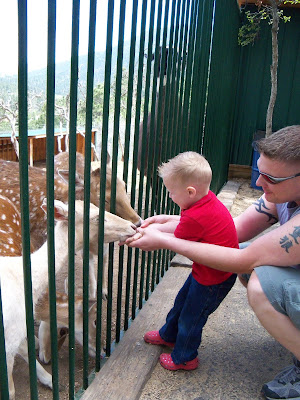 Carson was terrified. You would have thought that those deer were trying to eat him! You can't really tell, but Joel is kind of holding him up there. It was rather comical. 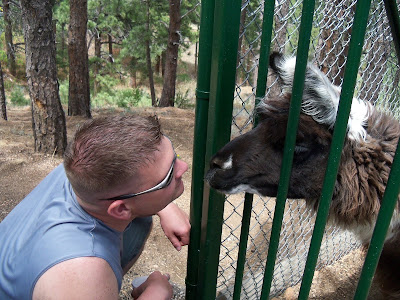 Joel was not afraid of the animals. This big llama practically tried to kiss him! 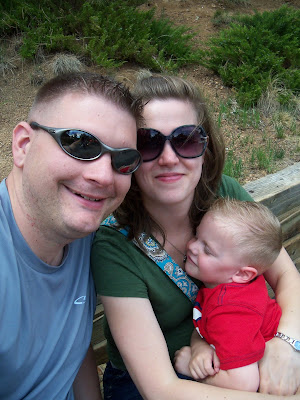 Waiting on Josie to finish her last ride. Carson was pretty exhausted from all his running around, and he told me he just wanted me to hold him. I was happy to oblige. 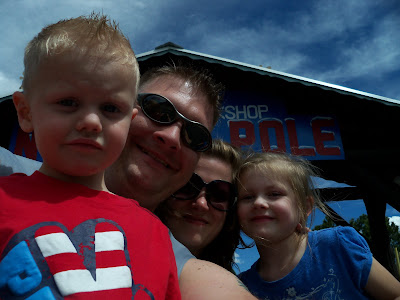 Joel's attempt at a family shot. We really need a tri-pod! But I thought it wasn't bad, at all. We had a great day, the weather was practically perfect, and the kids must have liked it. They were begging to come back before we even left the parking lot!
Contemplated by Clare at 10:20 AM