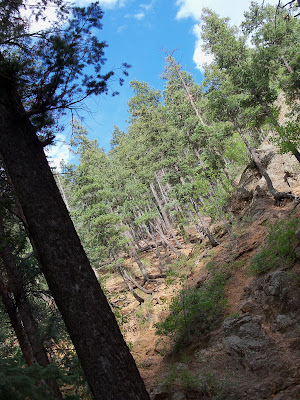 Have I ever mentioned how much I love this state?! I know, it probably bores you all to tears to hear me ramble on about it. I suppose part of it is that I did not have much appreciation for the outdoors when I was younger. I am catching up now! Please excuse the funny camera angle, I am experimenting with more "artistic" shots. What do you think? Anyway, we found the perfect picnic spot at Helen Hunts Fall (if you have never been there and you live in the Springs, you should definitely go) last year. We were anxious to make another trip up there and Joel readily agreed it would make a great Father's Day. 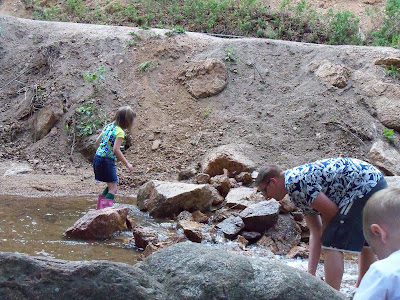 On the drive up to the falls you follow the creek almost the whole way. It is fed by snow melt from the mountains, so it is crystal clear and a little chilly! There are plenty of little dips and bends that form mini "falls" and my engineers thought it would be fun to move all the rocks around to see how it would affect the water flow. Shh, no one tell Josie she is doing science! 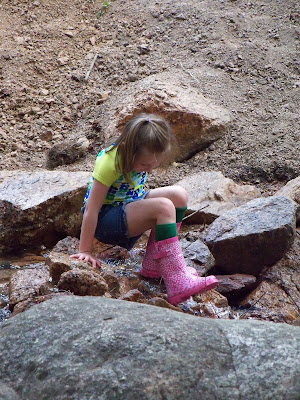 The kids jumped at the opportunity to wear their rain boots. There isn't much actual rainfall in this dry country, so the creek was a good place to try them out. Jocelyn realized that they also made good tools for moving rocks. 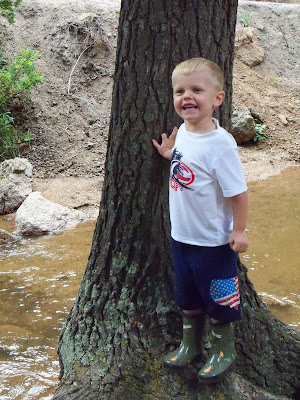 Carson decided the water was a little too cold for him, so he mostly ran around the edge of the creek and threw rocks, and sticks, and pretty much anything else he could lay hands on into the water. 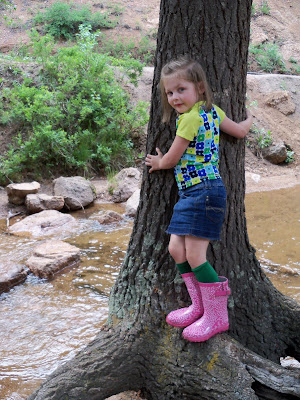 Jocelyn saw Carson posing on this tree so she had to try it. If you are pondering her strange outfit, she has on a rashguard. It is the top of her swimsuit, and she had the bottoms on underneath her skirt. 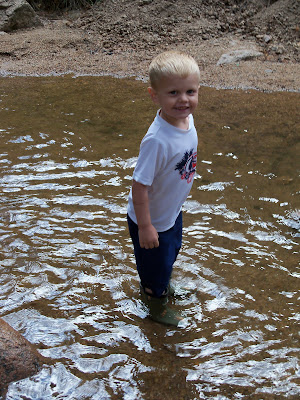 Carson, braving the water. I am not sure what his deal was, he was much more adventurous last year. I think he was a little out of sorts about having his nap interrupted. That boy loves his sleep! 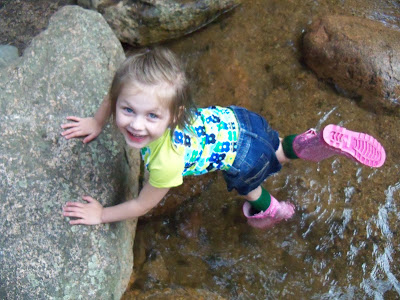 Jocelyn was hilarious-she kept getting water in her boots and then she would hold on to this rock while she emptied them out. The first time she did it they must have been full to the brim! It was so funny, and she, of course, had to keep showing off. 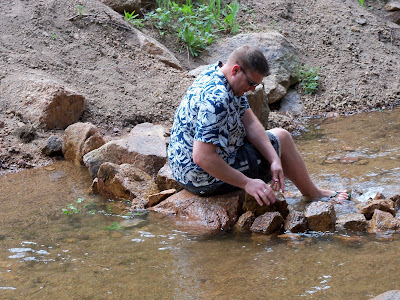 Joel had as much fun as the kids. He decided once they pulled down the "dam" they should rebuild it, so it would be "better". He had worked until 6am that morning, and he said the cold water was keeping him awake! He was really a great sport about the whole thing, and I think he had a pretty good time. 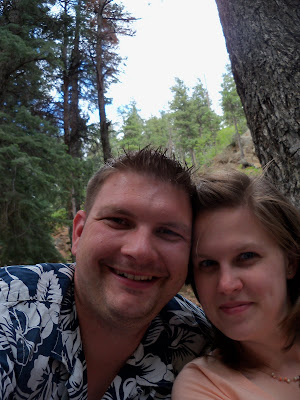 The only kind of couples' photos we seem to take lately. I think we are pretty cute. 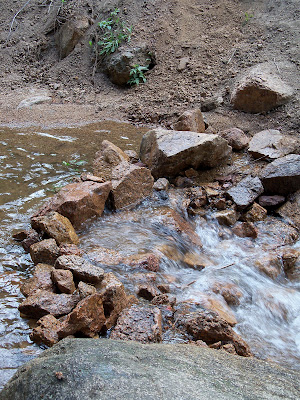 The finished "dam"- it didn't hold the water completely, but it did a pretty good job of significantly deepening the pool behind it. All the workers left tired and happy!

Contemplated by Clare at 5:30 PM