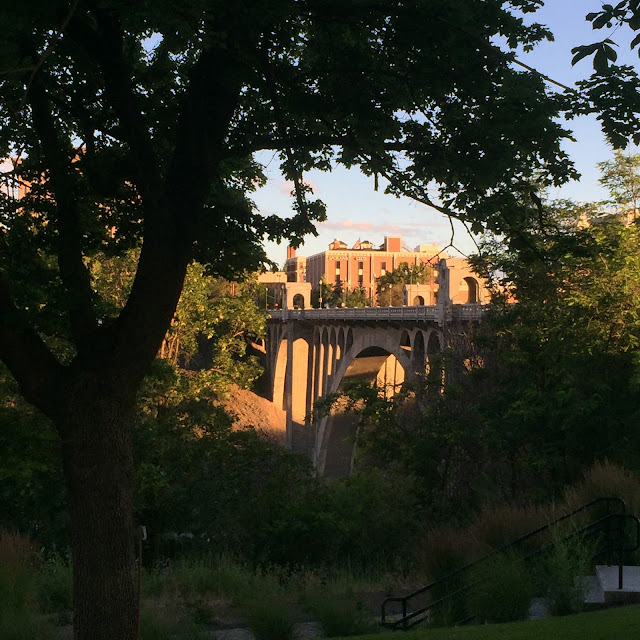 ...with what you have. Such an easy thing to say. Such a difficult thing to do. A companion saying to, "Give God thanks with what is in your hands." We live in a culture that often seems to demand perfection, and I am guilty of buying into the lie that things not done perfectly should not be done at all. I would like to challenge that notion. What if perfection didn't look like what we have been told? What if perfection was really about something else?

This has all been stirring around in my mind for quite a while now-I'm talking well over a year. It goes hand-in-hand with my struggle to define what failure really means. If you consider it with me, perfection is pretty much the opposite of failure to most of us, right? If you have done something perfectly, you get your desired results. That may be praise, power, fame, satisfaction, love... whatever it is you seek. Failure, on the other hand, means you do not get what you want. You may get a participant's ribbon, but you didn't win. You did not achieve your goals, you did not satisfy your desires. You failed.

Harsh words, am I right? Because I won't lie-my goal is usually to win. And if there isn't tape to tear through at the end of the course then I search for someone, anyone, to define that end point for me. That may be friends and family, Facebook, magazines, radio,...you name it and at one time or the other I have tried to satisfy "their" expectations, whether real or imagined, and "win". It's a tough way to live. It is exhausting to try to be perfect all the time. And no one always wins. We all have moments of failure and defeat.

And it leads to living scared. You don't do...much. Anything new, untried, unfamiliar. Those things could lead to failure. They are unknown quantities. I lived in constant fear that I would fail. And people don't like losers. Losers do not accomplish anything. And you must do things perfectly to win.

It sounds so crazy to write it out, but anyone who has heard those thoughts in their own head knows that ration and reason are not usually companions to anxiety. The very nature of being anxious is to be afraid. And we are not afraid of what we know, but rather of the unknown, of the future. And often we are afraid of others-I can't control how you will act or respond, so it is better to avoid you than deal with my fear over not knowing what you will do.

So we hold back. Countless opportunities are lost, moments wasted, paths not taken, because we might fail. We might not be "perfect". And it is hard for the Spirit of God to lead where there is a constant feeding of the spirit of fear. Those two...they aren't friends.

"For God has not given us a spirit of fearfulness, but one of power, love, and sound judgment." 2 Timothy 1:7 (HSCB)

"There is no fear in love. But perfect love drives out fear, because fear has to do with punishment. The one who fears is not made perfect in love. We love because He first loved us." 1 John 4:17-19 (NIV)


If I am made perfect in love, that's all I need. I no longer need to live in fear that I will make mistakes and fail and be useless. It is easy to say, not so easy to do. But that is why I have decided that even though it isn't easy, either, I am going to try to do what I can with what I have. To praise God with what is in my hands, even I see it as imperfect, even if it feels strange. And new. And there are unknowns.

And it is leading me to do some things that I never thought I would before. To talk to people that I don't know. To sing on the worship team, when there are so many others more qualified. Because these are my talents. No, not the things I am good at, but rather, talents as in the "Parable of the Talents". You know-where one servant gets five talents, another two and the last, only one. Well, I had a very wise pastor who once said he was "two-talent preacher". I thought that was strange, as I felt he was very qualified and successful (there's that word!). But he explained that he still was not the most talented pastor ever, however, he could use what he had, so neither was he hiding his one talent in the ground.

That's me. With my two talents. In my open hands, hopefully. I don't want to bury what I have in the ground, even if it doesn't seem like much. I am perfectly loved, and so sometimes my failures can be successes. I am working at not allowing fear to keep me from giving of what is in my hands. Even if I don't know where it will lead.

We went to an art fair a few days ago. Our city has a downtown area that is being restored and rejuvenated, and we followed a little path down under a very well-known bridge. We had never been down there before, and I was surprised by how quaint and peaceful it was. I was also very surprised, but for different reasons, by the scene at the bottom. There, underneath a pylon, was what can only be described as a camp. Someone had neatly spread out a sleeping bag, and carefully placed around it were a backpack, an ashtray, a water bottle, and other items clearly consisting of the entirety of someone's worldly possessions.

My heart broke. All I could think is that this tiny pile of ragged belongings was all someone had to call "home". I have always had a tender spot towards homeless, but "they" say you shouldn't give money. Who knows what it could be used for? And "they" say that most of the time homeless are drug abusers, and vagabonds who wouldn't live any better if they could. "They" say they are liars and thieves, refusing to work because they are lazy. "They" say that there isn't much we can do for them.

But you know what was in my hand? Figuratively and literally, a tiny bit of cash (which is, in itself a miracle, since I rarely have "real" money). And the tug on my heart could not be ignored. So I took those few little bills...mites, one might say, and I looked my fear in the face, not only of "them" but of disrupting, of inserting myself into someone else's story unwanted, and I decided that I would do what I could with what I had. And so, I took those tiny paper bits of faith, folded them up and placed them under that ashtray.

And I don't know how that story ends. I don't know if I was "successful". I don't know that I did things "perfectly". I don't know if I "won". And I don't care. If you read this and think that I am looking for praise or recognition, you've missed the point. I only did it because I knew that I would be held accountable for not listening, for not heeding. And that is the only type of failure that I should be avoiding.

And I'm not sorry. I realized that I should only be sorry for the times that I didn't. For the times that I have allowed the fear to drive out the love because I fed it, and watered it, and cuddled it close. That the only real failure is refusing to do not just something, but anything. It is a new way of thinking for me-this refusal to try to define everything as a "perfect success" or an "abysmal failure". To realize that following Jesus looks a lot more like mites, and cups of cold water, and two-talents, and saying, "no" but doing "yes", than it does like gold medals, and award trophies and titles and wealth.

That following Jesus means opening my hands and doing what I can with what I have...over and over again. Until He comes. Because He is perfect, and that is the only way I can truly become more like Him...
Contemplated by Clare at 1:22 PM