The Day of Differences 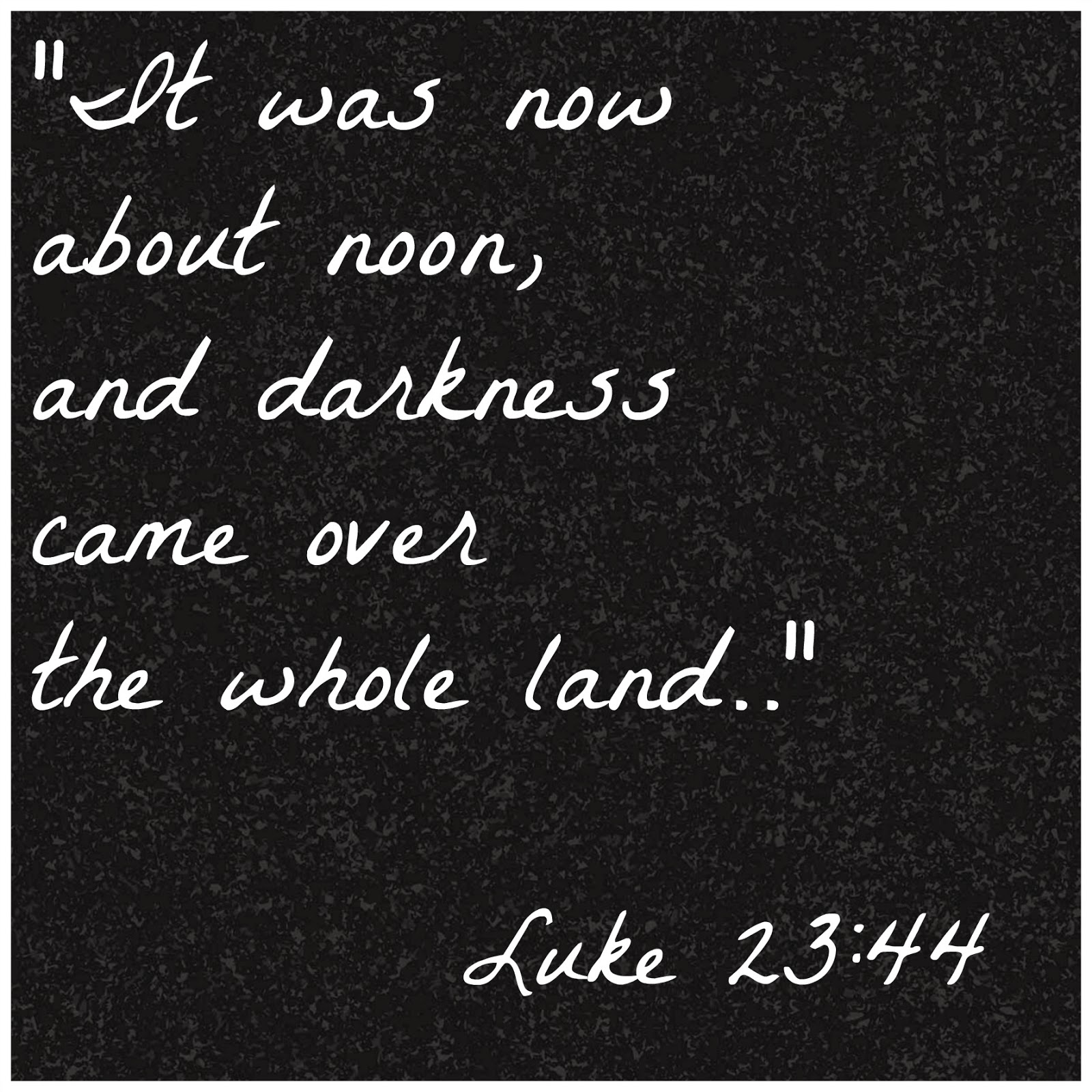 "It was now about noon, and darkness came over the whole land until three in the afternoon, for the sun stopped shining." Luke 23:44-25a

Darkness. "Good" Friday, a day where the sun hid and sin seemingly ran rampant, appearing to blot out every good thing. Creation seemed to be unwilling to be a part of the perceived destruction of its Creator's Son. The sun closed its eyes to the horror, and sky grew dark with terrors and heartbreak over the sight.

"Jesus called out with a loud voice, “Father, into your hands I commit my spirit.” When he had said this, he breathed his last." Luke 23:46

Death. It is finished. Jesus seemed to be done. The Great Work left with loose ends flapping. God, turning away, giving up-on His Son. On us.

"When all the people who had gathered to witness this sight saw what took place, they beat their breasts and went away." Luke 23:48

Sadness. Gut-wrenching sorrow, the likes of which had never been seen or felt. It ripped the soul from the body. The most heartless, unforgiving wretch could not have refused to be moved. There were no words, only horrifying, merciless wailing. Who could fail to be devastated, utterly shaken and decimated by the pain of refusing God's most precious gift. But it was too late now...

This was the day of differences-comparisons almost out of the reach of comprehension.  What seemed was true, but that was only part of the story...

"Did not the Messiah have to suffer these things and then enter His glory?”" Luke 24:26

Light-it was hidden, but it could not be any further from being put out. It was growing stronger and stronger, gathering its rays to burst forth in perfect timing...ready to focus all its radiance on the Son...

Life-so vibrant, so full, so amazingly freeing that what had been would only be the faintest shadow in comparison. Real life- everlasting life...


"Then they worshiped him and returned to Jerusalem with great joy." Luke 24:52

Joy-true joy, the kind that can only be found in absolution, in redemption, in transformation. Joy from the inside out, the uncontainable, unable to destroy kind...

They couldn't see it then. They had to wait until Sunday. But Sunday, The Sunday, has come and we see the whole picture. We know that today was the furthermost thing from the End, it was the Beginning! It was the day of differences, the starkest contrasts, the greatest distances between life and death, light and dark, joy and sadness that there ever will be. My sin was taken and replaced with righteousness, my death was turned into life, my fear with hope. And I can't get over it-because today made the biggest of differences in me...
Contemplated by Clare at 6:19 PM