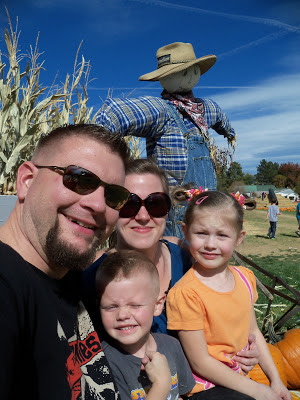 So, if you have ever read any of my previous pumpkin patch posts, and you aren't family (or very close friends) feel free to skip this one. Same pumpkin patch, different year.:)
But we always have fun. And to me, it is actually really special to get to go to the same patch again and again. I didn't get to do the same things "every year" growing up-although we made plenty of special memories as a family, just in a wide variety of places! Anyway, I just love having our own family traditions, and getting to repeat them each year while watching our kids grow!﻿ 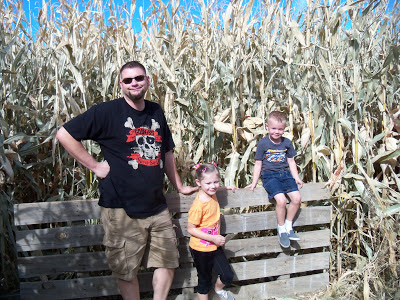 It is fun that the design and theme of the corn maze changes each year. This year it was a mining theme, and we searched to find the miners and their equipment. ﻿ 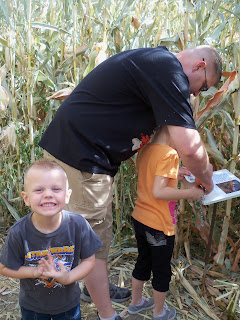 Carson was a total cheeseball every time he saw the camera. Josie and Joel, on the other hand, were all business about tracking down the clues. ﻿ 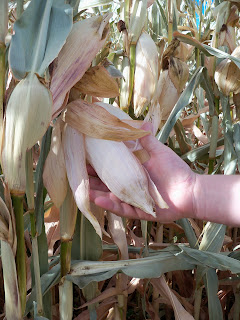 The corn this year was huge! I don't know what they are feeding that stuff, but we saw a ton of enormous ears. The stalks were really tall, too. ﻿ 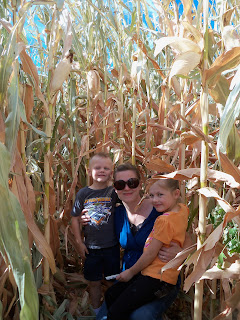 The cuties and me in the corn. I love the stalks as a backdrop, and I love how peaceful the maze is. You feel isolated, yet in a serene way. Only cornstalks and blue skies as far as the eye can see...﻿ 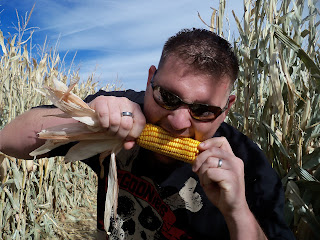 And this ham! No, we did not pick any corn-I strictly forbid that! This piece was on the ground- great, since it looks like Joel is *actually* eating it!﻿ 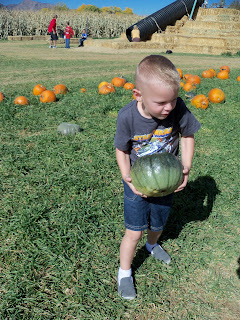 Carson was in a hurry to get his pumpkin. He ended up choosing a green one (not this one, I somehow missed getting a picture of him with that one!), that looks like the "Squash" from Plants versus Zombies. He got the idea from his Uncle Steve!﻿ 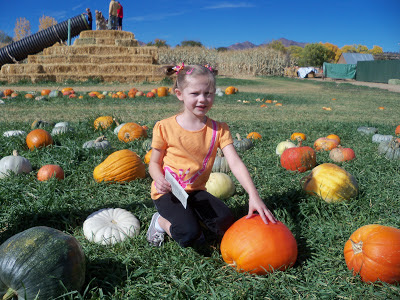 Jocelyn was a little more choosy. She went for a traditional orange one.﻿ 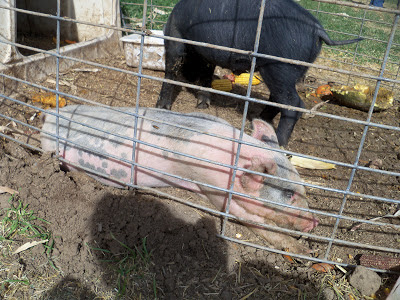 One of Joel's favorite parts was the pigs. He was very enamored of them. I am sure they were handy to have around the farm to take care of all of the overripe pumpkins!﻿ 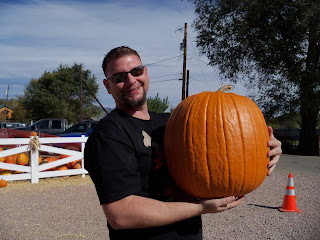 So, I picked a red pumpkin and a white one. And then as we were leaving ,literally- as we were pulling away in the car, I decided I *had* to have this gigantic pumpkin! Joel hopped right out and bought it for me-much sweeter than a bouquet of flowers, I think. My giant pumpkin is holding court on my porch right now over all the little pumpkins, and he makes me happy every time I see him. Joel too.;)
And we put a big check mark next to our annual family visit to the pumpkin patch!﻿

Contemplated by Clare at 8:55 PM