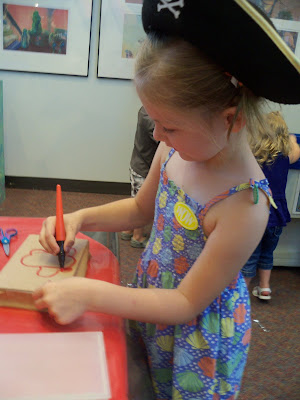 We joined several of our friends on Tuesday for a trip to the Buell Children's Museum. We had never been before, and I was sure we would have a good time, just because we were with such good friends. However, I was surprised by how terrific the museum was! It is in the Sangre de Cristo Arts Center, and it was really art focused. That made it a huge hit with Josie! 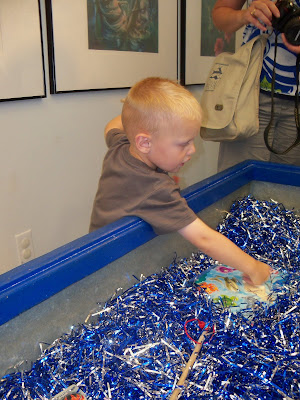 They really out did themselves, I thought, with keeping to a central theme. The theme changes with the seasons, and while we were there it was "islands". I think it is great that they change things up-we will definitely want to return when there is a different one. This was a table that had been turned into a "fishing pond"- just simple magnetic fish puzzles with poles, but the number of puzzles and all the glittery streamers made it special. 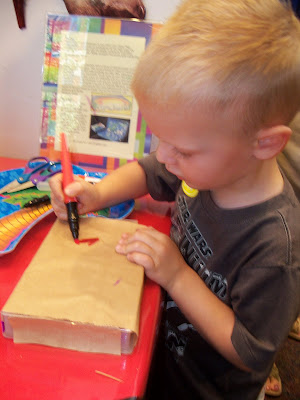 This was a craft station where there were all the supplies to make a "treasure chest" out of a VCR tape case. I thought that was an ingenious way to recycle! I am not a crafty mom- I don't really plan craft projects for my kids. It was great to have all the things we needed to make fun projects already set out for us! 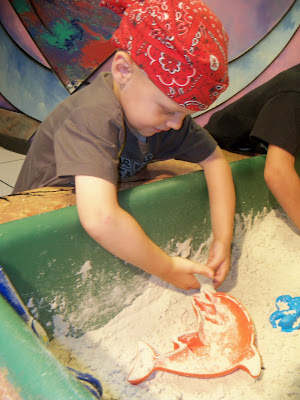 One of Carson's favorite things was just the little sand table. There was plenty of toys to use, but he preferred just pushing it up against the side to make a "castle". Again, this is something we don't have at home (and never will, if you know how I feel about sand!) that it was really fun to use. 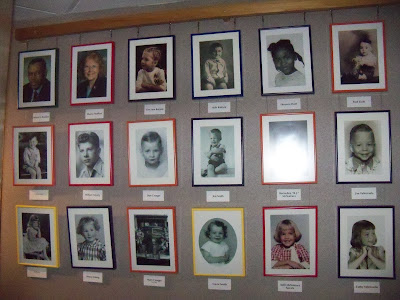 I thought this was an adorable example of the museum's creativity. All the contributors' photos were from their childhood-too cute, since it is a children's museum! And I absolutely loved all the old photos. 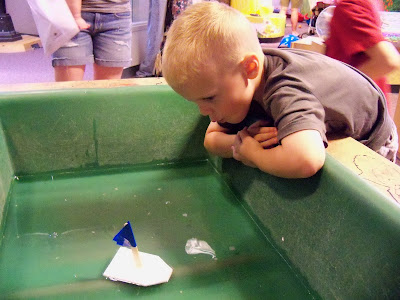 There were supplies to make boats and float them in the little water table. Carson was fascinated endlessly, getting his boat to move by blowing on , and splashing the water. Such a simple activity, but I didn't have to buy the pieces, or worry about my floor getting flooded! 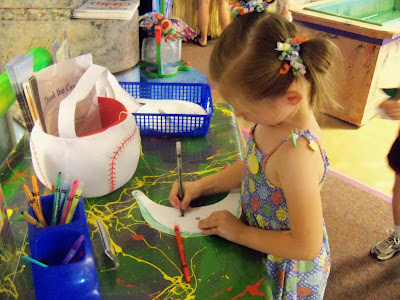 The art queen was in her element. She literally completed one of every project and there was about 12 different things to do! She made a cute visor-it looked like a watermelon.. I was so happy that she could be creative to her heart's content and I didn't have to clean up the mess! 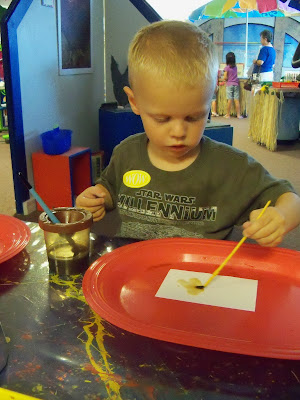 Carson did a little painting-with coffee! Another super simple project, but it was fun to read the info they had tying coffee in with the island theme. I don't think the kids appreciated that part, but I thought it was interesting. It might have been a little more impressive to older kids. 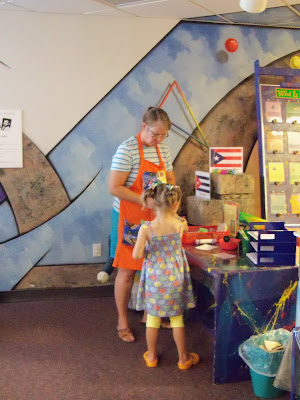 Jocelyn made fast friends with one of the museum curators. The lady was so nice and followed Josie around helping her with the projects. She was very friendly and it gave me time to help Carson do some things. 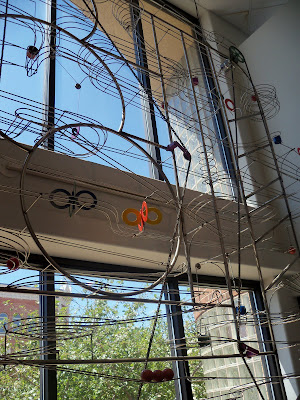 Personally, my favorite part was this kinetic sculpture. It is hard to appreciate in a photo, but the balls did all kinds of whirling, and jumping and clanging- it was really fascinating. Any art that was in the museum had placards with information about the artists- and some even showed work from their childhoods! Another neat detail that tied it all together. 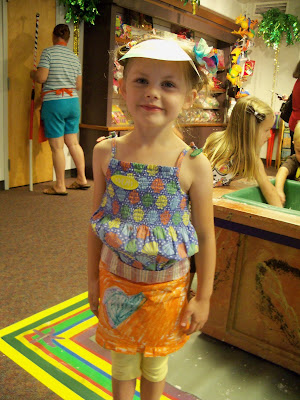 Jocelyn showing off her visor, tie-dyed hair flower, and "grass skirt". She brought home an armload of her crafts-and loved every minute of it! 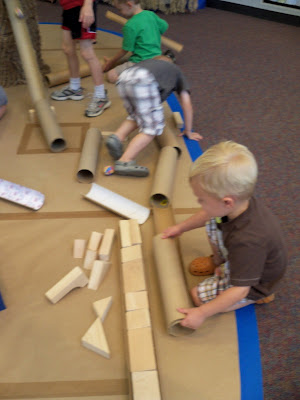 This was a cool interactive science area where the kids could use tubes and blocks to build a ball ramp. I wish I had photographed the totally great cardboard palm trees- they were amazing! The kids used them lean their tubes against, it was neat to watch them try their theories to see what worked.


I would highly recommend a visit there- especially if your kids are between 2-8. There was so much to do; we were there for over three hours, and I am sure the kids would have stayed longer! It is small enough you can easily see your kids, I hate feeling like they are going to get lost (or worse). Everything was perfectly kid-friendly, and it was so inexpensive ($3 for kids and $4 for adults). I would much rather spend an afternoon there than at the movies!