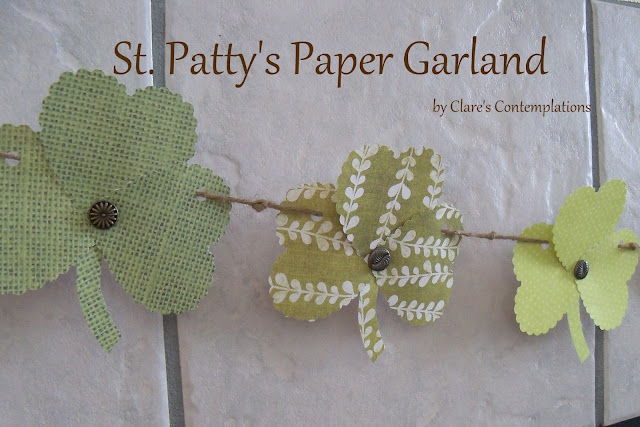 I was admiring my heart punch the other day when I realized it would make great shamrocks! So, I took some paper, some scrapbooking brads and a little bit 'o twine (like that Irish accent?) and put together a little garland. 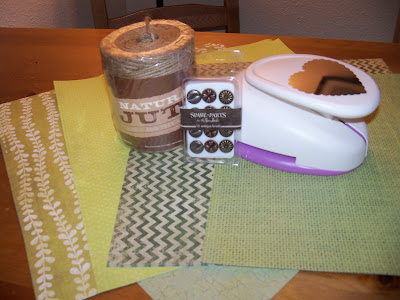 You'll need:
-large heart punch (mine is 2 and1/2 inches, from Micheal's, around $10 after 40% off coupon)
-jute twine (just in case you didn't know, and I didn't, this is with the jewelry making stuff at HL)
-decorative scrapbooking brads (called "Spare Parts" at Hobby Lobby. I bought 1/2 inch ones. $1.50 at half off.)
-paper  ( I bought five different ones, and only ended up using four. You will only need one sheet of each to make an approximately 5 foot garland.)
-standard hole punch 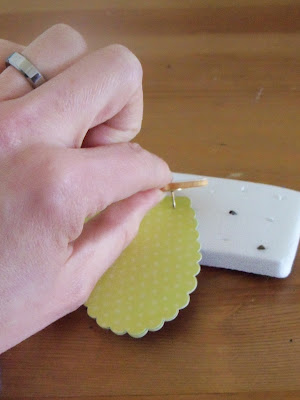 I decided I preferred the way three leaf clovers looked over four leaf ones. Clovers still represent St. Patrick's Day, and I don't believe in luck anyway! So, I punched out three hearts for each clover, and then free handed a little stem pattern. Your stem will need to be longer than you think, since part of it will be covered by the leaves.

Then I stacked three hearts together and pushed a thumbtack through them close to the bottom of the heart. The brads I bought weren't sharp enough to go through that much paper on their own, so this helped to get them started. 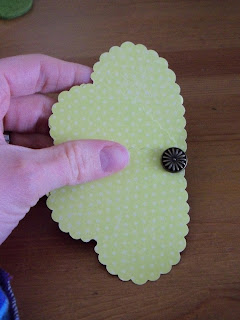 Then, thread the brad through, and before separating the prongs on the back, arrange your hearts to form a clover. When you like the arrangement, add your stem, and open the prongs to stabilize the brad. 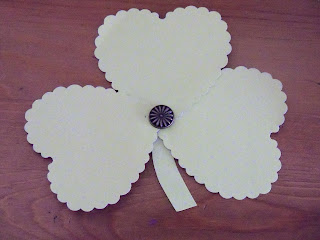 And you have a clover! Repeat for as many clovers as you need. I bought 12 brads and only ended up using 10. Then punch holes with a standard notebook punch in the two horizontal hearts, and thread them on your twine. I tied knots in between the clovers to add some visual interest. 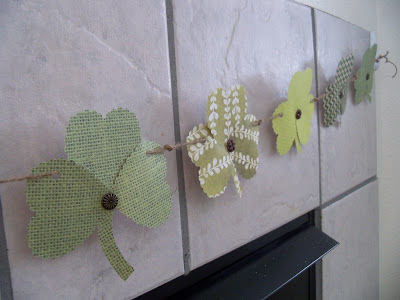 And then hang your garland wherever you like! I thought this was a great way to re-purpose my heart hole punch. I was also happy that I could use more muted greens, rather than being stuck with the bright Kelly green that most store bought St. Patty's decorations use. 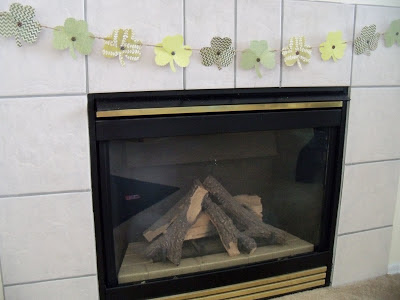 I know Easter is early this year, but I didn't want to overlook poor, forlorn St. Patty's! I think my garland brings a little bit 'o cheer... okay, I will stop with the accent!:)