Snow Day, and Quite Possibly, the World's Best Hot Cocoa 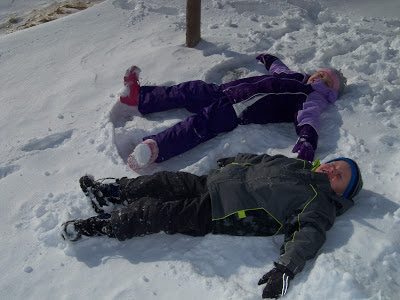 We haven't had much snow here. After the majority of winter is over, that is when it snows the most, and as usual, we got about 5 inches on Wednesday. The kids were very excited to finally get some use out of their snow gear-as a matter of fact, we hadn't even taken the tags off Josie's snowpants until then!

Playing in the snow demands hot cocoa. (I found out that it shouldn't actually be called "hot chocolate" unless there is liquid chocolate involved. I use the powdered kind, so it doesn't fit those parameters.) And not just any hot cocoa, but the best! 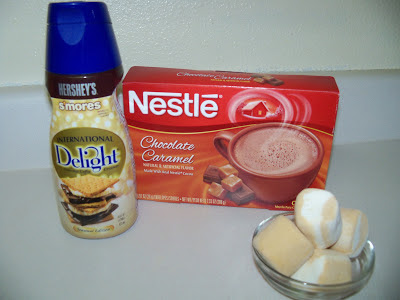 People the world over are probably laughing right now at the lameness of me posting this, but it is a secret that I wish someone had shared with me! To make perfectly delightful cocoa you need:

-Nestle's Caramel Chocolate Cocoa. Do not substitute. It *must* be this kind.
-Kraft Jet Puffed Caramel and Vanilla SwirlMallows. Again, no substitutions.:)
- Any kind of ridiculously sweet sugary creamer- in this case, I used International Delight's S'mores, which was perfect.

You take your mug, use a tall one, it tastes better. Put your cocoa and two marshmallows in the bottom. I like to use my Kuerig for the hot water, it makes it a good temp (cocoa water should never be boiling) and the steady stream of water over the marshmallows makes them melt.

I use the next to largest brew size (that is 10 oz. in case you were wondering, or doing it the old fashioned way with water on the stove). Then stir it all together and add a generous amount of creamer, probably three or more tablespoons. The great part about that, is that the cold creamer will make the cocoa the perfect drinking temperature. 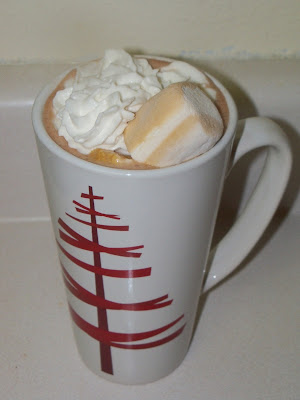 Then, if you are really feeling decadent, add some canned whipped cream. An extra marshmallow, merely for "photography purposes", and ta-da: practically perfect hot cocoa. 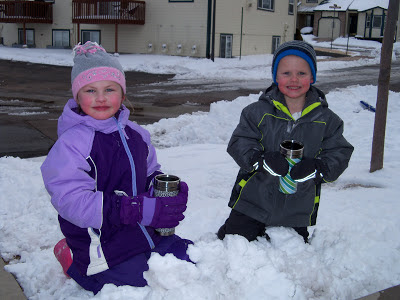 The munchkins were pretty excited over it. You need extra energy, playing in the snow is hard work! Bringing them insulated mugs of sugary deliciousness bought me an extra 40 minutes of kids-outside-the-house time, so there's that, too. :) 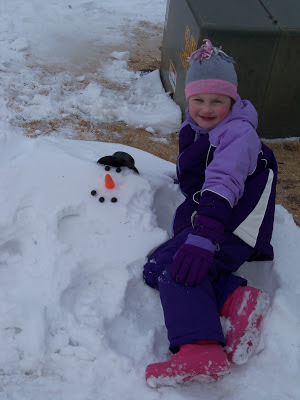 It also spurred some creativity. I have had this "snowman kit" for a long time, but we kept forgetting to use it. (Dollar Spot at Target-sweet!) Well, I finally remembered, and the snow was not good for packing. So Josie came up with this-she said Mr. Snowman was "laying down". I was pretty impressed! 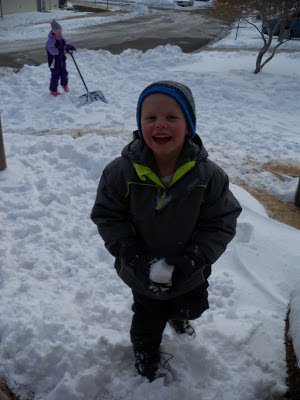 Carson, typical boy, had more fun throwing lumps of snow. He went out to play again yesterday, too, and let me just say: snow is great for encouraging sleeping! Two hour nap, and then they both slept in until 9 am.

Anyway, so that was our snow day. Now go make hot cocoa!:)

Contemplated by Clare at 9:50 AM