April 1st is just one of those things that creeps up on you and then suddenly it is there before you can even think about it. I love the idea of fun, playful "pranks" -especially for my kids. This year, I was finally able to do some. I think they really enjoyed it!

I got most of my ideas from Family Fun. If you have never looked at their April Fool's Day section, they have some fantastic ideas. Some are really simple, while others can involve a lot of planning and preparation. Being true to my nature, I stuck with the easy ones!

First, Joel and I planned to have some stuffed animals "eat" the kids breakfast. I had bought donuts the day before and we just emptied the box, all except for some crumbs. Then we positioned the animals on the table like this: 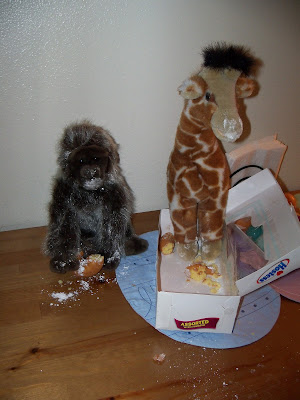 Jocelyn is serious about her donuts. She didn't really believe that the animals were the guilty party until we gave her a poptart to eat. Carson thought it was funny, although he was a little bummed that all the donuts were gone. 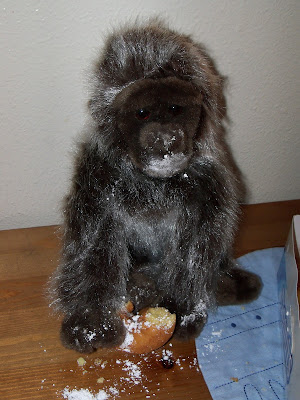 We even put powdered sugar on the animals' faces so it really looked like they enjoyed themselves! The gorilla is holding a little bit of the "last" donut. 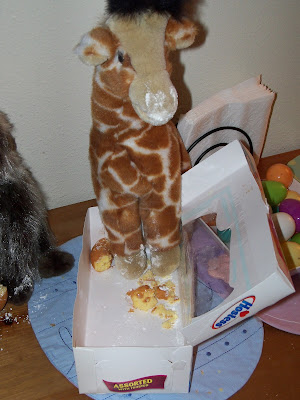 It really wasn't too hard to set this up- and in the end the kids thought it was really funny. I just put the donuts in a ziploc and hid them in the pantry. 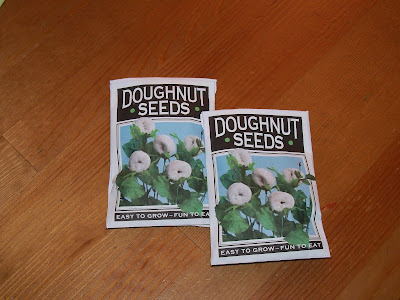 One of the things that I got from Family Fun was these adorable "doughnut seed" packets. (Update as of 3/2016: The Family Fun printable is no longer available, but try this cute, and still free, one that is similar from Printables 4 Mom)The printable was so easy to use! I glued the packets together and filled them with Frosted Cheerios. The kids gave them to their Sunday School teachers. It was so cute to see them shout, "April Fool's!" 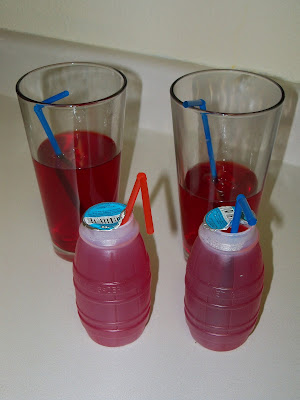 I also got the idea for these jello "juice drinks" from Family Fun. I used strawberry jello, and made it according to the directions. I re-filled the little barrel drinks, that way the kids couldn't really see that the juice wasn't moving. I made it the night before so it had plenty of time to chill. ﻿ 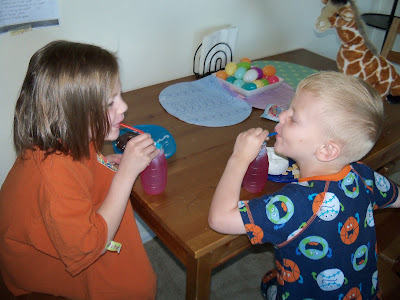 The kids were hilarious trying to get the juice out. Josie said it was frozen, which I thought was a pretty smart guess. They sucked at the straws for about three minutes before Josie finally pulled out her straw and realized what it was.﻿ 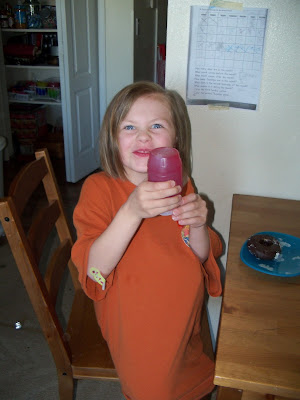 She thought it was cool that she could hold her drink upside down. They enjoyed their breakfast of jello and donuts- healthy, huh? Josie loved it all so much by the end of the day she was thinking up jokes of her own! I think I will really be in for it next year...﻿