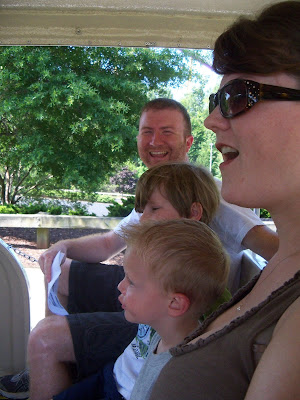 We started off our day with a tram ride from the parking lot. Everyone was all ready to have fun! 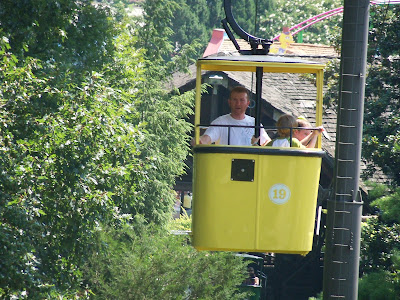 We took a Sky Ride from "England" to "France"- different parts of the park are named and themed after various parts of Europe. Joel, Josie, Carson and I were in the cart in front so I got a quick picture of Steve, Gilly and Gideyon. 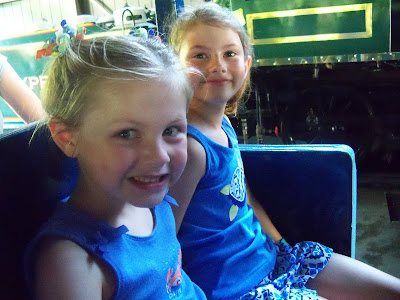 While the big boys (Joel and Steve) rode one of the roller coasters, those of us who were less adventurous took a train ride through the park. 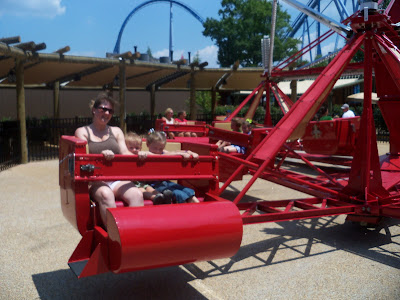 Robyn is not an amusement park-lover, but she did brave the "Catapult" with Josie and Carson. I get pretty motion sick on things that go 'round, so I was so honored that my sister was willing to endure this particular ride for the sake of my kids- twice! She is the best person to go with- she cheerfully watched the kids while Joel, Steve and I enjoyed the rides. Such a great servant! 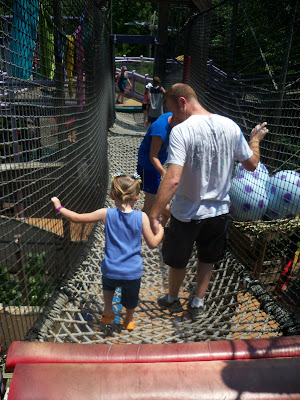 There was a fun kids' part. Steve helped Josie across one of the rope bridges in a big climbing area. 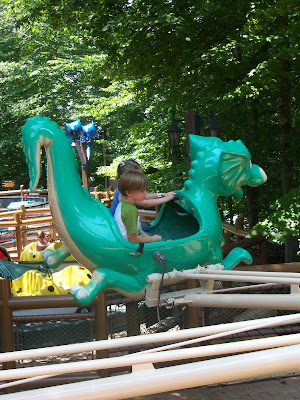 Gideyon and Josie piloted a dragon together. It was kind of funny to watch! 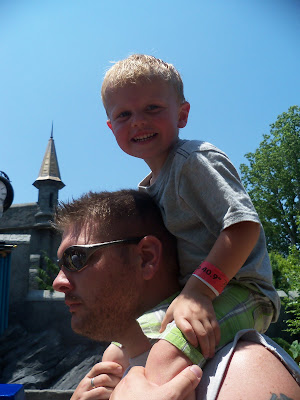 The park provided a cool service upon entry: they measured the kids and gave them color-coded wristbands so it was easy to know what rides they could do. Carson was sorely disappointed that he could not ride any of the "big kid" rides. He kept Robyn company and forced her to entertain him in Sesame Street (another kids' area). Gillyan and Gideyon were thrilled to find that they were tall enough for one "real" roller-coaster: the Loch Ness Monster. It was a sweet memory for me to be chosen as Gillyan's ride partner- that was my first roller coaster, too! 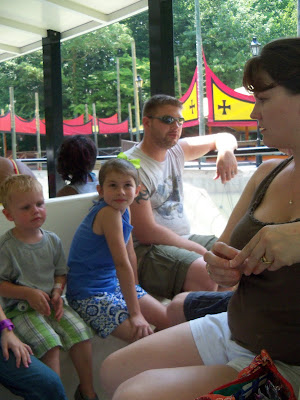 One of the fun things about the park was the abundance of things the whole family could do. We also all rode on the river boat together. It was nice and relaxing. 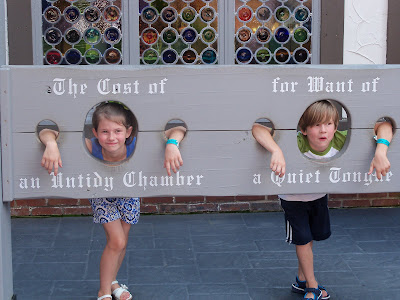 I thought this stockade was too funny! Although, probably the titles should have been switched... 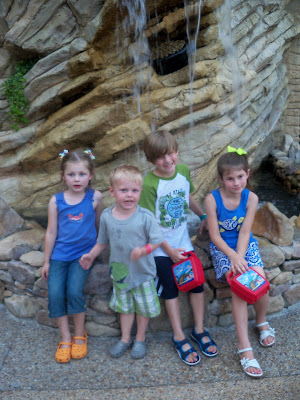 At the end of the day, everyone was tired, hot and wet (there were quite a few water rides) but very happy. I haven't had such a good time at the amusement park in years- and I rode a couple of coasters myself! It made me miss my dad- he taught me how to enjoy them. It was nice to create some of those memories with my own kids and niece and nephew. I hope we will be able to go back soon!