The Gift of the Magi 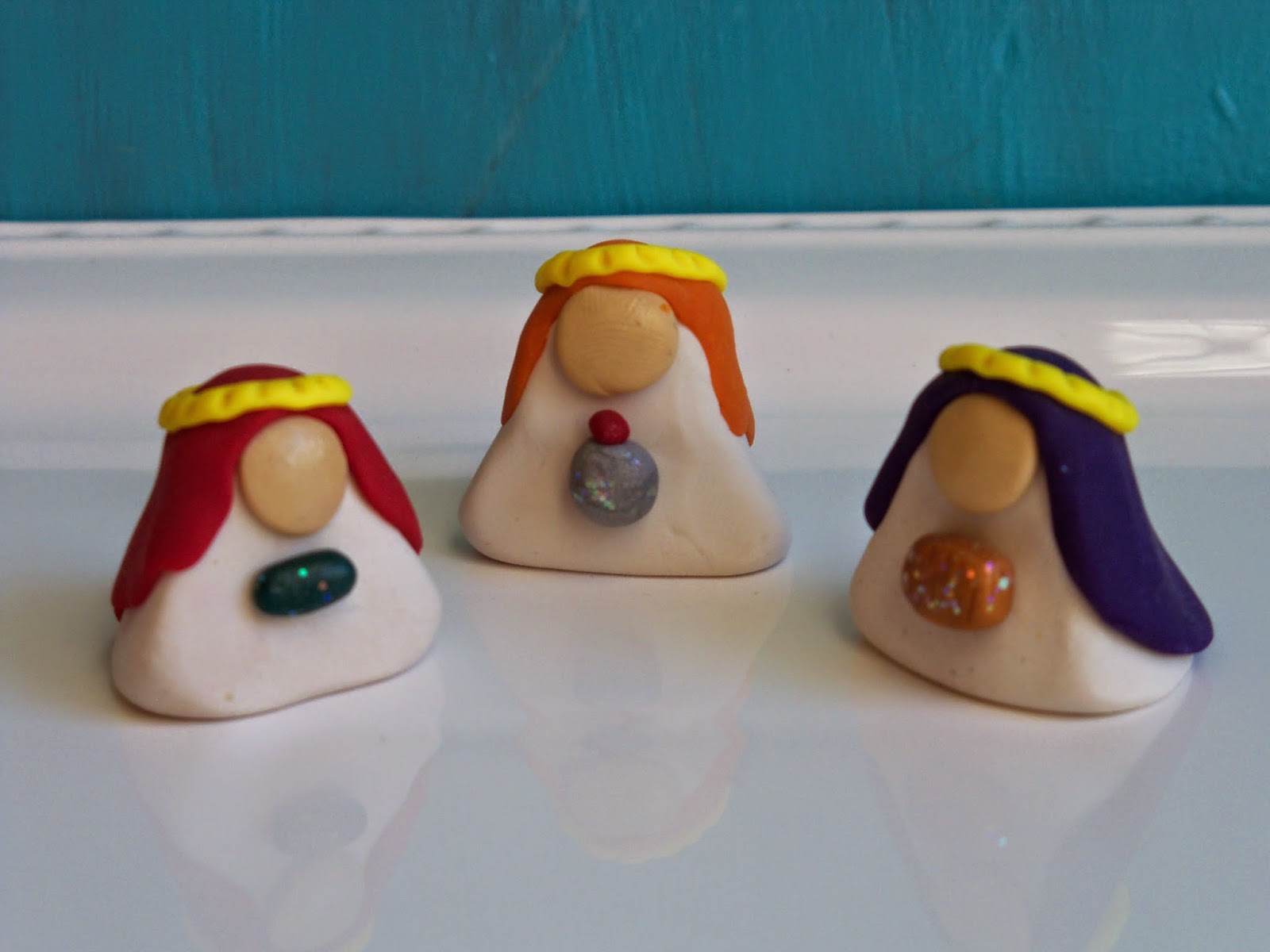 I won't lie. I have always been anti-Wise men. You may find this odd. And I really don't have a good reason. I think it bugs me that they show up in every Nativity scene, Christmas card and book about the Christmas story. At the manger. That irritates my sense of right because any "real" scholar knows that they came to the HOUSE not the manger. Good grief-how long do you think Mary and Joseph hung out in the barn?! Anyway, I kind of felt like they were posers in the story of Christmas. Just being real...


Anyway, due to my bizarre feelings of injustice over the matter, I have pretty much never given them considerable thought. I mean they aren't mentioned in 3 out of the 4 Gospels, right? Not so important. And there is so little we know about them. We really have no clue whether there were 2 or 10-we just know there were three types of gifts. It doesn't really say where they are from, or what they did. Truthfully, I specifically have a Nativity that does not have Wise Men at all, and in the one we do have I put them so far away they are usually on another piece of furniture. I am so weird!


But not this year. God doesn't let me get away with much and I think my prejudice against these poor characters was getting out of hand. I read something in this devotional that caught my attention- "These men were king-makers.". I wanted to know more. I had never thought much about what the Magi did. I knew they were astrologers, but that was about it. They immediately recognized that the Bethlehem star was important-if only because it was a new star. However, I did not know why they searched the heavens.

Upon a little bit more investigation I found out several things: these men were most likely part of a ruling body from the East (Babylon) and had actually been mentioned several times in the Bible. There is quite a bit about them in the book of Daniel. Remember the wise men that couldn't solve Nebuchadnezzar's dreams? These Magi were descendants of that group. To become king in these areas a man had to meet their requirements. They belonged to a cult that believed in one god, and a mighty battle between good and evil, where good would ultimately triumph. Sound a little familiar?

Yeah, sounds a little like what I believe in. These men were so close to the Truth. They had been seduced by cleverly counterfeited lies for so long, but in their hearts they were still searching. These men had everything that the world longs for: power, prestige, money. Anything they desired. They held the fate of their country in their hands. And yet, they weren't satisfied. They looked to the skies, hoping for a revelation. I am guessing that since they had been searching for centuries they were more than a little surprised when it came. These men, the epitome of success, didn't hesitate.


They most likely had a little inkling of what the star meant. They would have been familiar with Jewish culture due to the long interactions between the two countries. The Israelites, Daniel especially, surely shared their prophecies of a coming Messiah with their captors. Doesn't every prisoner breath of his dreams of freedom? These men were also captives. Trapped by a failing belief system that was a poor imitation of the real thing. Their hearts must have begun to beat a little faster once that glimmering point of light appeared. This was the proof that they didn't even know they were looking for.


This is where it makes me realize that I have done these brave men a disservice by refusing to acknowledge their important role in the Christmas story. The shepherds didn't have to give up anything to see the King. They had no status, no money, no power. They were at the bottom of the social ladder. But the Magi, they had everything to lose.


They didn't hesitate. They knew that this King was the Answer to all of their questions. They loaded up and moved out. They left behind every familiar thing on a venture that probably many of their fellow countrymen saw as fool's quest. They despised their status, eschewed their money and prestige to find the Desire of their hearts.


I can't imagine! These men-more powerful than any Senate-traveled for days and days. They had so much faith that they packed the most exquisite gifts from their culture. They knew and planned in advance to meet their King! This was no idle trip, this was a carefully executed plan.


And when they arrived, they were not dismayed by the sight of a toddler. The Chosen Ones of God-the Israelites- couldn't fathom the seemingly bizarre plan of God as man. But these strangers from afar, these king-makers, had no trouble at all. They knelt before the King of Kings and offered Him the best of everything. They didn't let anything hold them back.


Oh! To have that kind of faith! Forsaking all else, to chose the King. To give Him the best of the best-to kneel before Him without reservation! To not care how I appear to others! To have such faith in a revelation from God. To give up all I hold dear, when I seem to have everything in the sight of those around me... That was the real gift of the Magi. They were not ashamed to bow down and reverence the Only One worthy of worship.

I will never view these men the same way. It is semantics to argue whether they were there days after Jesus' birth or years. If that is all I can debate I have missed the point. This poignant little scene is hidden in Scripture for a reason. We have that chance, that choice. We can live in our Bethlehem so close to the Truth that we can smell it and still miss it. We can live mesmerized by the successes of this earth, so busy looking at the world around us that we miss the greatest announcement heaven has ever made:Immanuel. GOD WITH US. Or we can be brave, bold, fearless in our pursuit of the One True King.

Oh Father, give me the faith of the Wise Men. Allow me to abandon the things that will prove meaningless in a quest to gain the only One that is all meaning. Forgive my failure to look to You to provide the answers that I seek and my futile reliance on my own "wisdom". Thank You for Jesus, the Only King worth bowing down to. I have nothing to offer except the only thing You desire: my life. Thank You for the gift of the Magi.