The Freedom of Easter 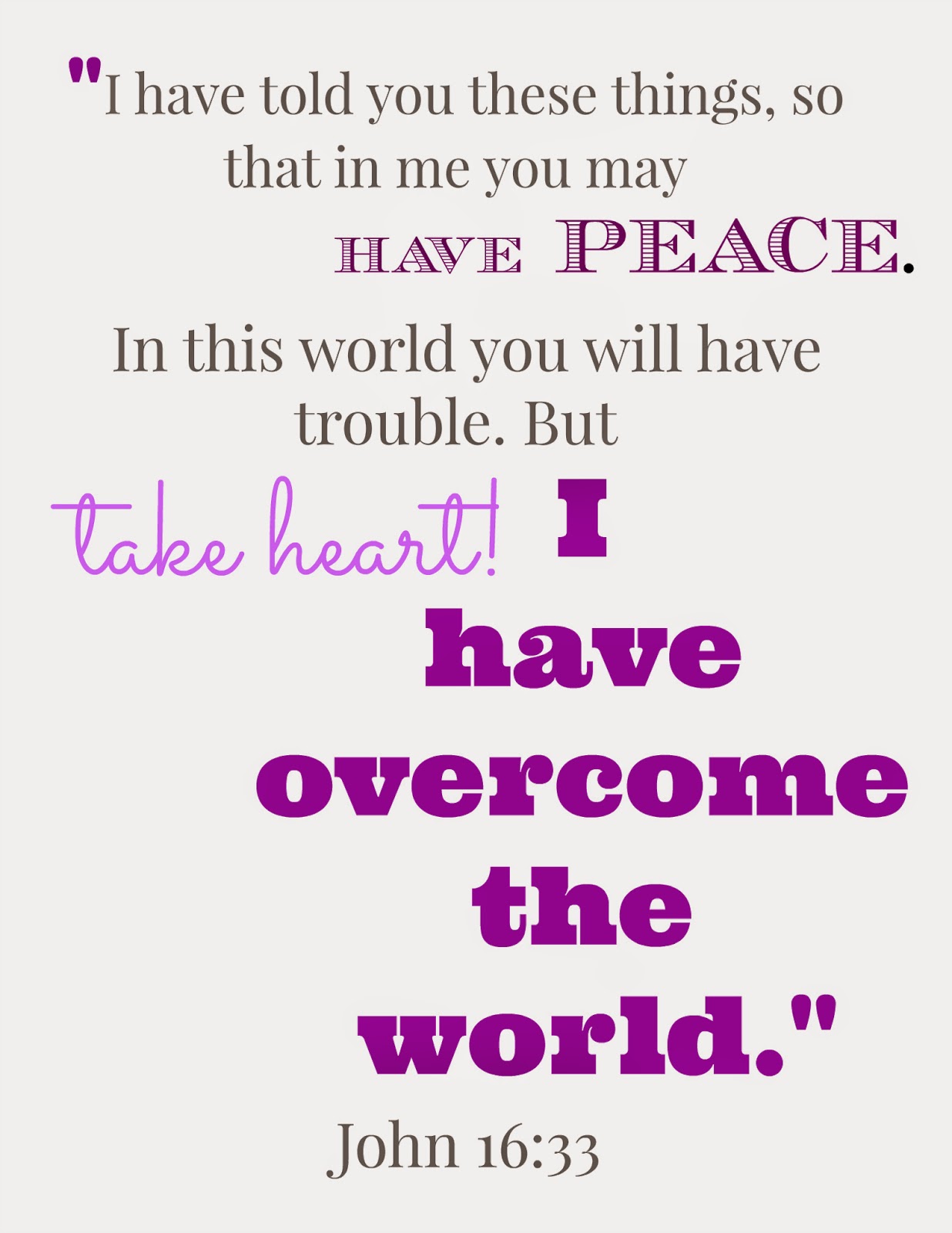 In case you ever wondered, I do not "plan" posts for holidays such as Christmas and Easter. However, it has always been important to me to spend a lot of time thinking about and reflecting on these oh-so-important Christian dates. If I had to classify it, this time spent merely pondering is probably my most important way of preparing my heart, along with praying. I pray that the Lord will open my eyes to something new, a different way of thinking about a particular aspect, or just a completely fresh idea. I detest it when you hear someone complain about hearing the "same old Bible story"-if they don't seem familiar, yet still surprising, honestly: you're doing it wrong.

So, this year, I have been mulling over "the Easter story". I hesitate to label it as such, because it is really a whole bunch of stories all woven in together. And you can't really start with Palm Sunday and get a full picture. In some ways, you truly do have to go all the way back to the beginning-as in "In the beginning God created the heavens and the earth". (Genesis 1:1) That may seem a bit extreme, but I am always totally enamored of the fact that every single verse in the Bible points to one thing: Christ, and His redemption of us.

But I'm blogging here, not writing a book (maybe someday, Lord willing...) and so I will tell you what keeps coming up in my thoughts this year: Easter, even more so than the 4th of July, is about freedom. Glorious, unfettered, life-altering, beautiful, costly freedom.

"Therefore, there is now no condemnation for those who are in Christ Jesus, because through Christ Jesus the law of the Spirit who gives life has set you free from the law of sin and death. For what the law was powerless to do because it was weakened by the flesh, God did by sending his own Son in the likeness of sinful flesh to be a sin offering. And so he condemned sin in the flesh, in order that the righteous requirement of the law might be fully met in us, who do not live according to the flesh but according to the Spirit." Romans 8:1-4 (NIV)


Jesus died so that *I* could be FREE. And I should live my life in such a manner as to honor that sacrifice. If  I believe that the American soldier, hero of our nation and symbol of our country's hard won liberty, deserves to be honored,  how much more so the One who gives me the most real, true, form of freedom that can never be taken away and literally not only affects my life but also my soul after death?

"It is for freedom that Christ has set us free. Stand firm, then, and do not let yourselves be burdened again by a yoke of slavery." Galatians 5:1 (NIV)


We would have found it strange, after the great men of the Revolutionary War fought all those battles, if they had decided to leave all the laws of our country exactly the same as before and continued to pay tribute and taxes to the their previous master. What would have been the point? Yet, that is exactly what I do when I refuse to exercise the freedom I have in Christ. When I drown in worry, or fear, or doubt, I am again submitting the the slavery that held me captive before He rescued me. I am bowing down the masters of sin and self that held me captive. I am not only refusing to acknowledge His great sacrifice, I am doing the opposite: I am saying it is a cheap, worthless imitation that doesn't hold the power for everyday living.

That may seem like a harsh thing to say, but it is the truth.

"Whoever believes in the Son of God accepts this testimony. Whoever does not believe God has made Him out to be a liar, because they have not believed the testimony God has given about His Son." 1 John 5:10


If I do not live my life in such as manner as to prove that I am free-free to trust in the grace of Christ, free to follow His leading in my life, free to use my gifts to glorify Him, free to believe that He will give me the strength that I need, then I am saying that I do not believe that He really has the power to set me free. And that is the testimony that God has given about His Son.

"And this is the testimony: God has given us eternal life, and this life is in His Son." 1 John 5:11


Isn't the greatest fear death? Isn't that truly what is the most binding, enslaving, terrorizing thought for all of humanity?  I am afraid that I have to make my life happy, and worry about how to make it perfect and satisfying because deep down I have not dealt with my real fear: that this life is all there is. That death will be the end, or worse yet, that death will be continual, for isn't that what hell is? Death that never ends? But I DON'T HAVE TO FEAR DEATH! See, in the Romans verses above it says, "through Christ Jesus [we] are free from the law...of death".

Hallelujah! We are free! He has set us free, and it is a magnificent freedom, fully capable of making the most drastic, 180 degree, death-to-life changes. His death gave us amazing freedom. And all I want to do is to live in a way that honors that. To use my freedom to fully glorify and honor Christ with all that I am.

So this Easter, I will celebrate my freedom in Christ. I will remember His sacrifice that not only can change my life, but has, and will continue to do so as long as I acknowledge that I am completely at liberty to depend on Him to be everything I need and guide me. I can rest secure and having peace, knowing He has overcome the world, and won my complete freedom.

Contemplated by Clare at 4:45 PM