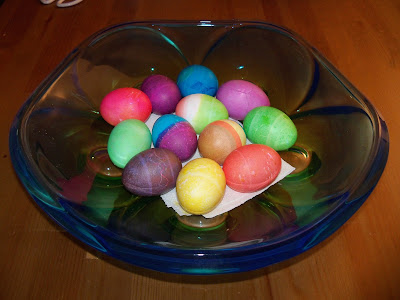 "Now there was a man named Joseph, a member of the Council, a good and upright man, who had not consented to their decision and action. He came from the Judean town of Arimathea, and he himself was waiting for the kingdom of God. Going to Pilate, he asked for Jesus’ body. Then he took it down, wrapped it in linen cloth and placed it in a tomb cut in the rock, one in which no one had yet been laid.

It was Preparation Day, and the Sabbath was about to begin.
The women who had come with Jesus from Galilee followed Joseph and saw the tomb and how his body was laid in it. Then they went home and prepared spices and perfumes. But they rested on the Sabbath in obedience to the commandment."
Luke 23:50-56

The sun set on Friday. The worst, best Friday ever. And then the narrative is silent. We skip over Saturday, stumbling in our haste to arrive at the joy of Sunday. The anxiousness to find relief from the fear and pain, the and excitement far more enticing.

But there were 24 hours intervening. We talk of "three days" in the grave, and so it was. Part of Friday, part of Sunday. And *all* of Saturday. The Sabbath. The holiest day of each week, highly regulated, strictly observed. So much so that God demanded to be worshiped even while He was dead. Never is there any hesitation that the day of rest, put into place by The Lord Himself, would not be observed. Plans were made with that end in mind, possibly even those at the foot of the cross praying that Jesus would pass quickly, not only to end His suffering but also to spare Him the indignation of violating the sanctity of the Day of Rest.


"But they rested on the Sabbath in obedience to the commandment." Luke 23:56b

So Jesus passed. But the sabbath hadn't. So what did his followers do? They worshiped while waiting. The most horrific of tragedies had occurred. The most devastating of blows was struck. And they went to church. God's plan at that point was as murky as the depths of the sea. It couldn't be understood, it couldn't be explained. So rather than turning from Him in their pain and ignorance, they turned to Him. The One who created the world, establishing the precious seventh day ordinance at the beginning of time, called to them through the seemingly impenetrable fog of grief. And they did what they had always done: they kept the Sabbath holy.

In the darkest day every one of Jesus' friends and family did exactly what we should do: they rested in knowing that He was in control. I know they wept, and were fearful and anxious.But they didn't ignore the deepest cry: to stand in the Presence of the One who has never ever turned away, even when Jesus breathed His last and all seemed lost.

They called the day before the Sabbath "Preparation Day"- they were getting ready to observe all the regulations of the Sabbath (no work meant no cooking, cleaning or any other type of labor, so all must be readied in advance). What a fitting description for what was really happening: God was preparing them, through the faith exercise of waiting, hoping, and worrying as Jesus lay in the grave all day Saturday, to fully experience the beauty of the Resurrection.

The saying goes, "It is always darkest just before dawn." And how utterly bleak and black that long, long day must have been. But they did not neglect to stand still and remember all God had done for them. He created the world in six days, and God Himself set the standard by resting on the seventh. When the Jews followed suit, it reminded them (as it does us) that we are created specially by Him, for Him. I am sure they couldn't help but be reminded of all the mighty things the Lord had done for them. And pausing to recount those memorial stones must have given them courage.

And I think that even in that point, when the pain seemed insurmountable, that they worshiped. Why? Because that is what we are called to do. When it appears that all is lost, stop and remember. When the days of waiting are so long it seems unthinkable to stand it anymore, is God giving you a day of rest? Is He preparing you for an amazing, stunning revelation that will only be more glorious when contrasted against the darkness of the time preceding?

Do I have the faith to rest when things seem darkest? Do I believe enough in my God to allow Him to work out of my realm of vision, fully trusting that He is providing for all my needs? The true believers are the ones that kept their faith even when it was "proven" false in the eyes of all those around them. I want the same to be true for me. If the Lord is allowing a difficult time in my life, I want to see it as a "preparation day"-because surely something better is coming.

We are beyond blessed by the death and glorious Resurrection of our Lord. He has overcome ALL things:


“I have told you these things, so that in me you may have peace. In this world you will have trouble. But take heart! I have overcome the world.” John 16:33

He has proven His power by overcoming even death. I want to worship and rest when my faith is being tested, because I know that He is ultimately working it for my good. Saturday is dark, but Sunday is coming!

Contemplated by Clare at 7:37 PM