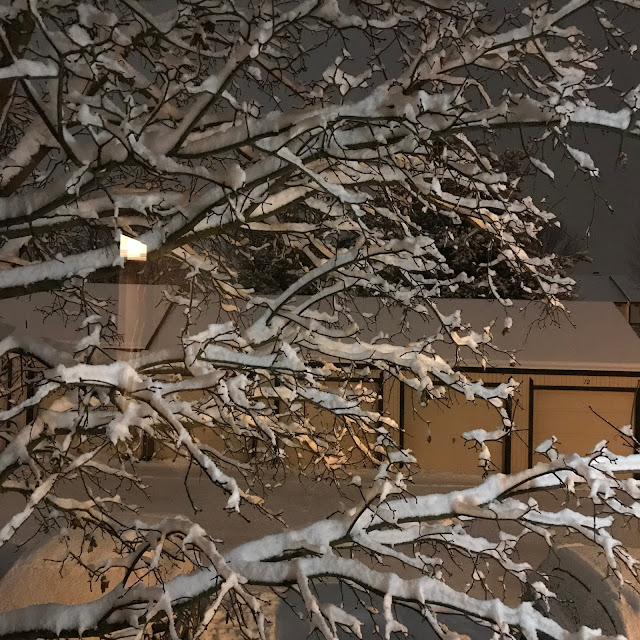 It's been quiet here on the blog. Usually that is a good sign that real life is CRAZY. That is definitely the case this year. I have had ideas for about five different posts. As you know if you follow me, I have posted zero. I even have photos taken for a post, but yet, nothing. The time just hasn't been right.

I've been busy with Christmas stuff, preparing and planning, making and baking, running here, there and everywhere. But you haven't seen it (unless, of course, you're my husband). You have just seen....nothing. You haven't heard anything from me, but that doesn't mean I'm not here.

And that is what I am thinking about tonight. Dwelling on the FOUR HUNDRED YEARS between the Old Testament and the New Testament. You know, the one or two pages between Malachi and Matthew in your Bible? That was lifetimes-generations coming and going. Waiting. Watching. For a while, at least...

But waiting is hard. And we lose interest quickly. And days slip into weeks, years into decades. We lose track of time and we give up, forget, move on. But that didn't mean He wasn't there...

That inter-Testament period? It is known as the silent, or dark, period. Pretty bleak. Quiet is nice at first, but after a while it can drive you crazy. You start talking to yourself, you start hearing voices. You wonder if maybe you are losing it, you wonder if you were confused about what you heard. Weren't promises made? A Savior. What was going on? Four hundred years...

" The Lord is not slow in keeping His promise, as some understand slowness. Instead He is patient with you, not wanting anyone to perish, but everyone to come to repentance."
2 Peter 3:9 NIV

Quiet days turned into silent nights. Promises seemed unfilled, hope felt empty. Memories were short, and soon, for many, thoughts of the Messiah slipped into the oblivion of forgetfulness...

Until another silent night soon became a holy night. The most Holy of all Nights. The Silence was broken with the most powerful Word ever spoken.

The emphasis is mine, because I can't get over the beauty of ending that phrase with those two little letters that mean me, and you, and everyone. The Word, a clarion call that prayers were answered, promises fulfilled, not just after four hundred years but for all of eternity. At just the right time...

We don't ever have to live in that uncertainty again. Hope was born, and the Word doesn't just dwell among us, He dwells in us.


"Don’t you yourselves know that you are God’s temple and that the Spirit of God lives in you?" 1 Corinthians 3:16 CSB

If your night seems silent, I have a hard truth for you: you aren't listening. He is speaking, the silence is broken. He didn't just give us words at Christmas, He gave us THE Word. He spent four hundred years planning, preparing, perfecting. At just the right time, He tore the veil, broke the barrier, and glorious light and sound poured out, from Him to us. Christmas is Him speaking, flooding our ears with the most beautiful Voice ever heard, promising us that this Jesus was indeed, the One:


"While he was still speaking, a bright cloud covered them, and a voice from the cloud said, “This is my Son, whom I love; with Him I am well pleased. Listen to Him!”" Matthew 17:5 NIV

We don't have to endure the silent treatment anymore, Jesus offered His life to free us to hear. He is speaking, we just have to stop to listen. He is there, He always has been, but now, His plans are apparent, His purpose clear. He fulfills all of His promises, no matter how slow the fulfillment may seem. I encourage you: if it seems like you are suffering through too many silent nights, remember that the Word is already here. We don't have to be wait, He has come.

That is the beauty of Christmas. The Word that many in those hundreds of dark, quiet years died longing to hear, has come. Just listen: His name is Jesus.


"She will give birth to a son, and you are to give Him the name Jesus, because He will save His people from their sins.” Matthew 1:21 NIV