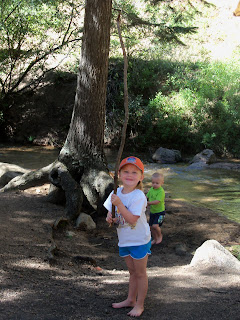 We went to Helen Hunt Falls on Saturday with friends for another "Nic-Lic"-two in one week!
The kids had a fabulous time playing by (and in) the creek. They both carried big sticks, but there wasn't much speaking softly! 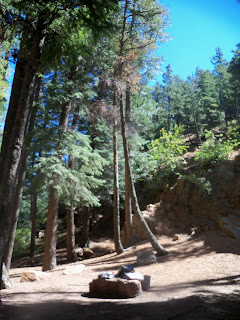 This was our beautiful picnic spot-sun, shade, nice and flat with big rocks to sit on. With the gorgeous scenery it was absolutely perfect! The weather was wonderful-I would probably be able to be persuaded to picnic every single day if it would be just like this. 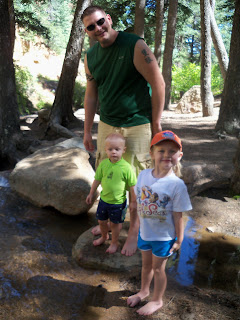 The kids weren't the only ones who enjoyed playing in the water. Joel may have spent some time in there, too. We had to cross the creek to get to our picnic spot, and let me tell you, that water was COLD! Completely clear, clean, mountain run-off. Just walking through it and I couldn't hard feel my toes! 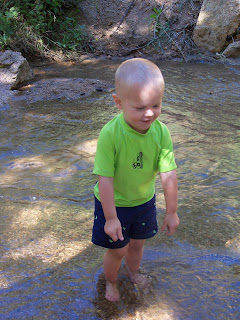 Both Carson and Josie had a blast. The water was only about 4 inches and the bed wasn't too rocky. I tried to convince them to wear their Crocs but they were having none of it. However, it was a little too cold for sitting in, but definitely great for splashing and running around. 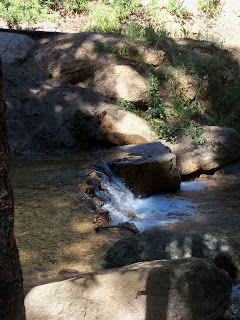 The little pool they were playing in ended in this tiny waterfall. Isn't it precious? 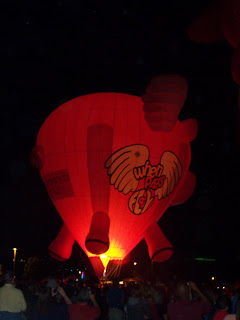 We ended the day by going to the Colorado Springs "Balloon Glo". If you have never been (this was our first time) I highly recommend it! I got zero decent photos of my family-my camera doesn't do so well after dark with just the flash. However, the whole point of the Glo is to inflate all the hot air balloons and then when the crowd counts down and says, "Glow!" all the pilots flare simultaneously and all the balloons light up. It was really neat. This was a fun pig shaped balloon. We also saw an enormous Energizer bunny, but my camera died, so no photos of that. It was a bad camera night! 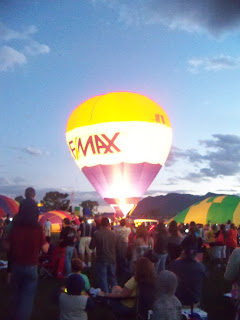 This was the first balloon to light up. You can see it isn't quite dark yet. There was a million people there, but we still were really close to several balloons. This one was nearest. 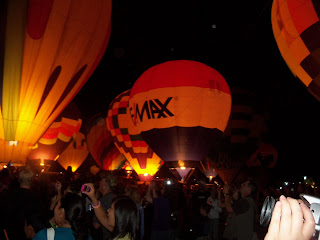 The balloons once they were all inflated. We could see about 15 from where we were standing. Those things are huge! Carson loved the "balloons and fire!" . Typical boy. 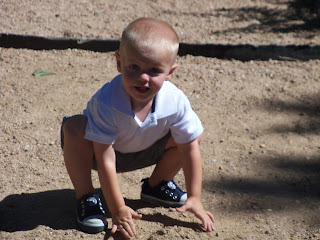 We relaxed on Sunday and then Monday it was off for family photos. My friend Lindsay offered to take our pictures and I couldn't pass that up. We went to Fox Run Park. I had been there before, but I had never been to the lake side. It is an absolutely terrific place to take photos! Two lakes, and a cute little creek. All the photos here are mine, that is why they aren't the greatest. I will post some of her's when I get them from her. 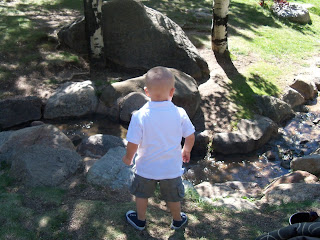 The little creek. After Saturday Carson just kept begging to get in the water. It was really hard to get him to look at the camera. Photos near a creek might have been a bad idea, since his memories of the falls were still so fresh. We did let him wade a little at the end. 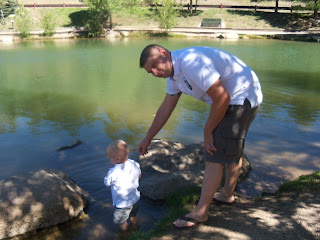 Finally! He stripped his shoes off as fast as he could! We tried to make it quick, there was a bunch of people. The weather was windy but I think she got some good shots. Carson and Joel are not very photo friendly so I didn't want to drag it out. After all the forced smiling I thought they deserved a little play time. 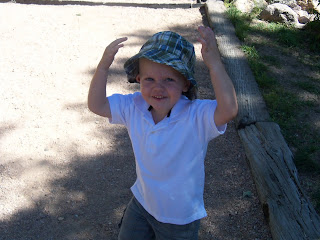 Cute, though, isn't he? He snagged this hat from his friend Kegan and I thought he looked pretty swell. I think he thought so, too. 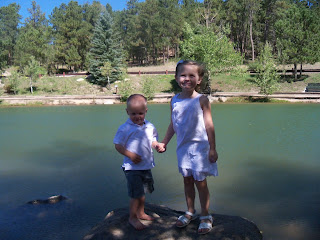 A fun pic of the kids near the end. I played around with this in a photo editing program and changed it to black and white and made it look like an oil painting. It looks really cool, but since the photos on here are so small it didn't translate well. I can email you one, but since it also looked cute un-retouched, here it is.
So that was our Labor Day weekend. It was pretty great. I could do it again this weekend, but I would leave the boys at home for the photo part!

Contemplated by Clare at 5:00 PM